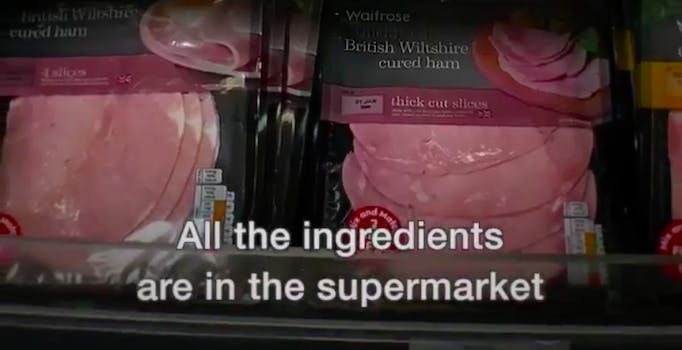 BBC reports that it’s possible to make a sandwich

Its British sandwich week, and the British seem out of things to say about it.

According to the site daysoftheyear.com, yesterday was “Chocolate Chip Day,” tomorrow is “Packrat Day” and today is “Drawing Day.”

It seems that we’re constantly being told that it’s such-and-such day, or International Dryer Lint Month, or Mother’s Day or whatever (just kidding, mom) and, after awhile, it begins to all seem like background noise.

So if you missed that it’s currently “British Sandwich Week,” don’t feel too bad. Besides, there’s still time to go out and get your friends and family the traditional gift. You know, a bowl of pudding.

The BBC also released this stunning video to let you know that it’s possible for you to actually make your own sandwiches!

Lunch Hack – A good solution for working parents, more on top of things at work than at home? #food #BritishSandwichWeek pic.twitter.com/fc8n4WET8G

It’s impossible to tell if this is the famous dry English wit we hear so much about, or if this guy is seriously trying to explain to people that they can make a sandwich. Not how to make a good sandwich, or even how to make a sandwich, but just a simple report that you, yes you, an adult human, are in fact capable of making a sandwich. The power has been inside of you all along.

People who watched the video on Twitter seemed equal parts confused and indignant.

OMG. It's a revelation! Tomorrow: boil water in a kettle and make your own tea to save money. *How* much do we pay you?

Hi Dougal. I honestly can't tell, is this a joke?

Supermarkets also have other products that you can combine to create meals for other times of the day. Sorry to spoil your next hack.

Throughout the video the reporter does nothing to let us know he’s in on the joke if, in fact, that’s what this is, but there a few reasons to think this might be a parody.

Of course, it’s entirely possible that he’s not joking, and seriously wanted to let everyone know that sandwiches are a thing you can totally make if you just put in the time and effort. In which case we look forward to his next video: “How to find a new job.”