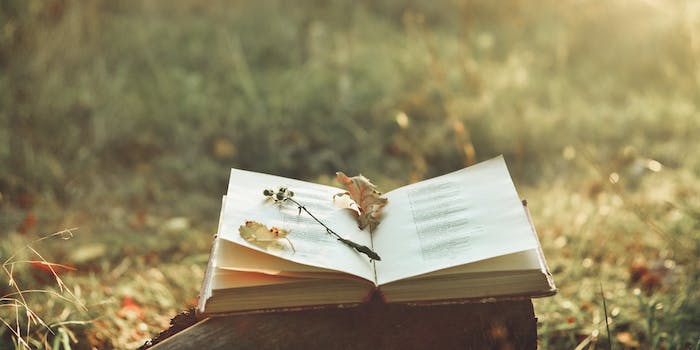 The backlash to the magazine's decision was swift.

Despite the best efforts of well-intentioned high school guidance counselors, sometimes our chosen professions can backfire on us. Such was the case of Danielle Rose, a jaded poetry editor for a lit magazine who was unceremoniously fired from her job after tweeting some apparent harsh realities about her industry.

“I wish poets understood that the general population has no interest in what we do, so when we speak we are speaking only to each other,” Rose tweeted on Friday, September 3. “The delusion that poetry is something powerful is a straight line to all kinds of toxic positivities that are really just us lying to ourselves.”

As Rose’s tweet began to be picked up and debated among online literary and poetry circles, her mentions became inundated with discourse. So much so, that Rose made sure to clarify that this was not, in fact, a wildly hot take, but basically her “whole brand.”

Be that as it may, Barren Magazine, which had employed Rose, took swift and severe action. The following day a statement was issued from the editor-in-chief explaining that they had decided to part ways with Rose over her tweets and that they were “grateful for her contributions” to the magazine.

Be that as it may, Rose never directly criticized her former employer. And furthermore, there’s a reason why people state that “opinions are my own” in social media bios. Though, as some pointed out, Rose seemed to be dismissive of the role of poetry in the BIPOC experience. But no one was asking for her to be fired.

News of Rose being relieved from her role as poetry editor quickly eclipsed her original debate, as hundreds of people piled on to call out the magazine.

Even after getting ousted from the magazine, Rose continued to defend her opinion—suggesting, as others had pointed out, that they essentially had proven her correct.

When asked to elaborate on that last point, Rose spoke to personal experiences in the poetry industry that have shaped her way of thinking in a multi-tweet thread.

Agree to agree or agree to disagree, you can’t deny that this is the most many people have thought about poetry in quite some time. So maybe she gets points for starting a conversation, even if it ultimately led to what evidently seems like a much-needed career change.

Gunshot victims are not being turned away at hospitals because of ivermection cases, despite viral stories