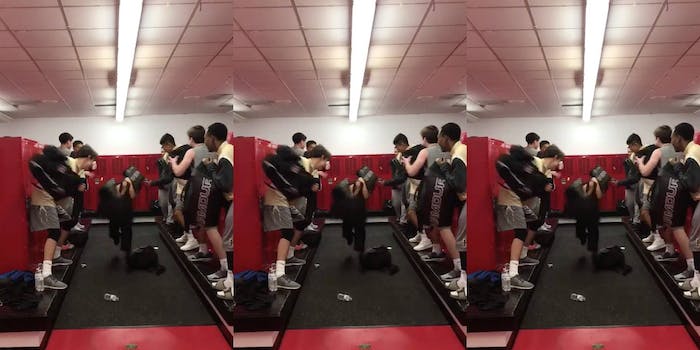 Teens are pelting each other with book bags for the #BackpackChallenge

The latest teen challenge is not for the faint of heart.

Teens have found a whole new way to injure themselves on their way to viral fame. Move over #FightingAirChallenge. Step aside, #TrumpsComingChallenge. It’s time for the #BackpackChallenge.

Simply put, it’s a bunch of teens lining up Soul Train style while a person runs between them. Only instead of busting a move to some cool tunes, the participant in the center is getting pelted by book bags.

Though it’s no #FireChallenge, the #BackpackChallenge is certainly up there for aggressiveness and overall bodily harm. Here’s hoping some dorkyass adults or Ellen DeGeneres co-opt it fast, turning it uncool and preventing a few broken bones in the process.