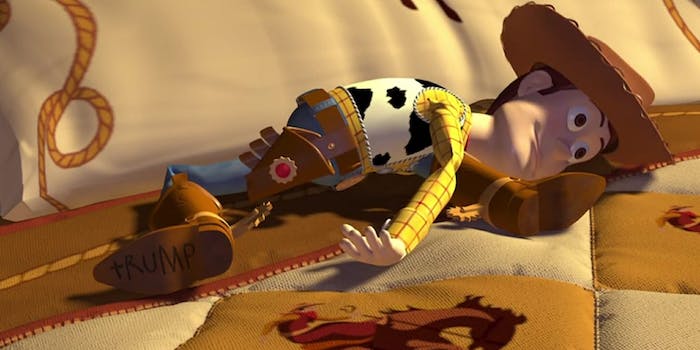 #TrumpsComingChallenge shows what teens really think of our president-elect

Remember #AndysComing, the viral teen challenge cribbed from Toy Story? It looks like it’s all grown up and morphed into #TrumpsComing. It’s just like #AndysComing, which involved teens falling to the floor once someone yelled, “Andy’s coming!”

The only difference? They’re running the hell away from the country’s President-elect. CNN’s compiled a roundup of teens shouting, “Trump’s coming!” and their friends losing their ever-loving shit about it.

Students run for it when someone yells, "Trump's coming!"

The latest viral challenge has students running from Trump http://cnn.it/2g2KQbe

The trend is more than a week old at this point, but it caught a second wind in the last 48 hours or so. Here are a few of the highlights curated by Twitter Moments:

The children are our future. And right now they want nothing to do with it.