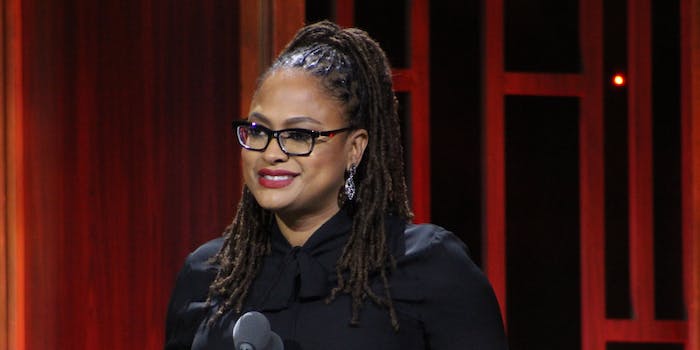 The series will celebrate and explore iconic movie shots.

One Perfect Shot is an unavoidable presence on Film Twitter, a viral account that celebrates single, well-framed shots from popular movies. And thanks to filmmaker Ava DuVernay, it’s now going to become a genuinely cool-sounding documentary series.

The series will air on HBO Max, with each episode focusing on an iconic shot with commentary from the film’s director. According to Variety, those directors will physically explore those shots in “360 moments,” which presumably means some green-screen recreations. They will also discuss a single influential shot by one of their favorite directors, with DuVernay narrating and producing the show as a whole.

This show is a characteristically canny move from DuVernay, who has a good eye for what audiences will find interesting. And, of course, she’s active on Twitter, the home of the original One Perfect Shot, which is currently run by Film School Rejects editor-in-chief Neill Miller. (The account was actually created by filmmaker Geoff Todd in 2013, who sold it three years later.)

Detailed film analysis is popular on YouTube and social media, and we’ve recently seen Netflix capitalize on this by hosting in-house film criticism or interviews with filmmakers like Lilly Wachowski. DuVernay has the kind of Hollywood connections to take a simple, cool idea like One Perfect Shot, and flesh it out by including input from the directors themselves.