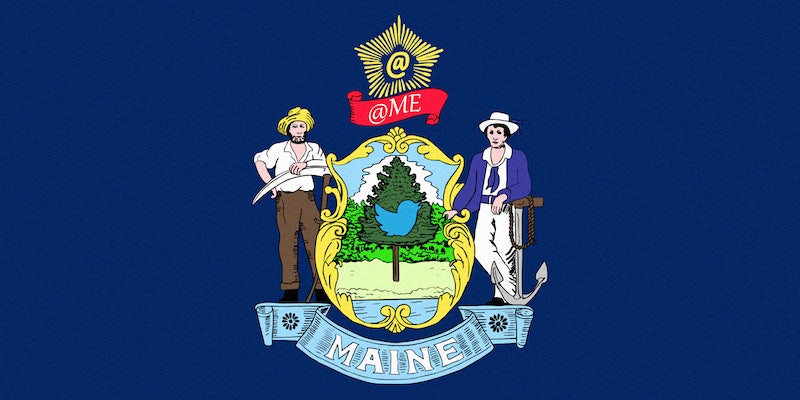 For a while, “it me” served as the go-to phrase for relating to a story, gif, meme, or other forms of media being passed around the internet. People still use it. But in a trend that is taking off on Twitter, people are using @me to say “this is me.”

@Me trying to tread lightly pic.twitter.com/9fMKxAkorR

But… we all know how Twitter works. If you use the @ symbol in a tweet, the account that you mention will receive a notification. In this case, the @me handle is currently occupied by Teddy Worcester, who recently acquired Maine.com to promote Maine tourism, and set up the corresponding Twitter account. So what do his notifications look like?

“I think with any generic username you get a lot of noise,” he said to the Daily Dot. “The @me account gets an exceptional amount though—hundreds per day. It’s manageable though if notifications are set up properly.”

There are some variations with this form of internet slang. Some users put a space between the at sign and the word “me,” to tell other people to mention them. “Don’t @ me” is another common phrase on the website, usually used after stating a controversial opinion. But right now, instead of saying “I relate to this” or “this is me,” Twitter users are increasingly tagging a random Twitter account.

It doesn’t make much sense, but then again neither does most of the internet.