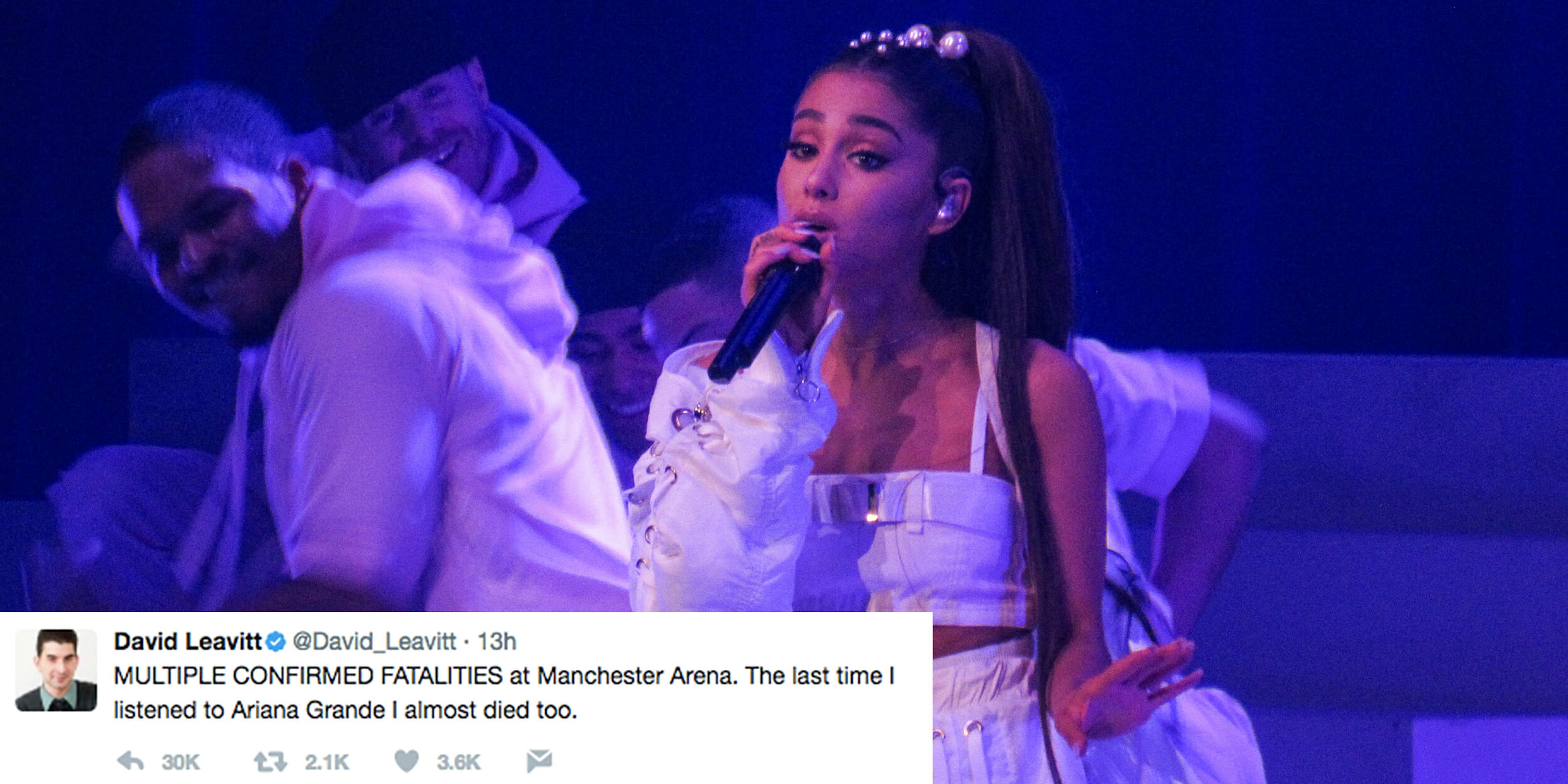 This is beyond bad.

It’s perfectly naturally to want to use gallows humor to cope with what seems like a world spiraling out of control, but that’s a thing that’s best done in private. Especially in the midst of unfolding news about a terrorist attack that targets teenagers at a concert.

One man, David Leavitt, a freelancer for CBS and Yahoo, according to his Twitter bio, ignored both those axioms and tweeted this terrible, terrible joke in response to the Ariana Grande concert bombing.

When it became clear—basically from the onset, but also as details emerged about the attack—that Leavitt had made light of an awful incident in an unfunny and patently bad way, he did not apologize.

Instead, he continued joking.

At one point, over 30,000 people had replied to his tweet, all to let him know the different ways in which he was being insensitive.

Eventually, he deleted the tweet and apologized, saying, hey, I make these jokes all the time, it’s cool.

But then he decided to take a weird dig at the Twitter swarm against him, in the form of trying to guilt them into donating to a cause he had just mocked.

Imagine if everyone who cursed at me donated a nickel to charity? https://t.co/28rFFSVx7y

Then he compared himself to President Donald Trump.