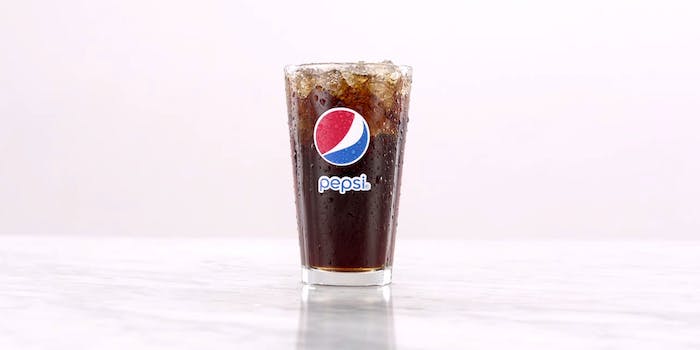 Arby's screwed up, so it gave a partner some precious screen time.

Arby’s is apologizing to Pepsi in the way only a brand could: with a special television commercial.

In the behind-the-scenes world of corporate advertising partnerships, the fast-food joint worked out an agreement where it would feature Pepsi in two of its ads over the course of a year. Unfortunately, Arby’s only managed to get Pepsi in there once, and time was ticking.

Instead of trying to sneak Pepsi into the background of a second ad, Arby’s did the brand one better (or worse): It gave the logo 30 seconds of unobscured, front-and-center footage with a few clear name-drops. Some people might not know what they can eat at Arby’s (or what’s really in the items they order there), but at least customers will have the drink selection down already.

Don’t worry, Pepsi. You’ll get your moment to shine during the Super Bowl.