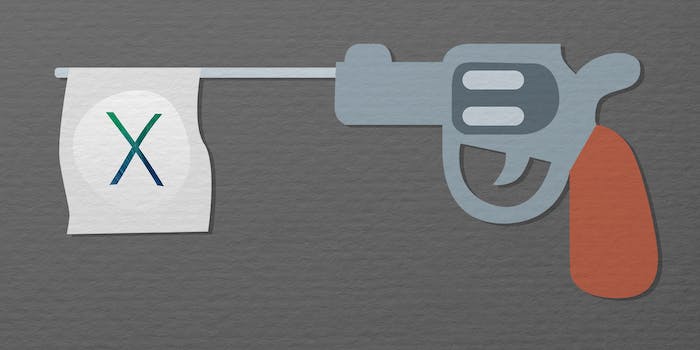 Apple users fire off their gun emoji one last time

Thousands of Apple users are taking to Twitter to mourn the loss of the gun emoji in the iOS 10 update.

The software update includes over one hundred new and updated emoji, including new female athletes and professionals, a new rainbow flag, and more family options. As users update their devices, many aren’t concerned with the new diversity portrayed on their phone, but instead are preoccupied with the loss of their right to carry a gun emoji.

With the release of iOS 10 tomorrow, today is the last day we will have a gun emoji 🔫🔫🔫🔫🔫🔫🔫 #only90skidsremember

The gun emoji isn’t actually gone. Newly disguised in a lime green color, it’s been modified to appear as a squirt gun emoji instead of a lethal device.

Users say the loss of the gun emoji means they won’t be updating their iPhone’s operating systems anytime soon.

Not everyone is upset about the update. Gun control activists welcome the change, while others simply think the water gun is cute.