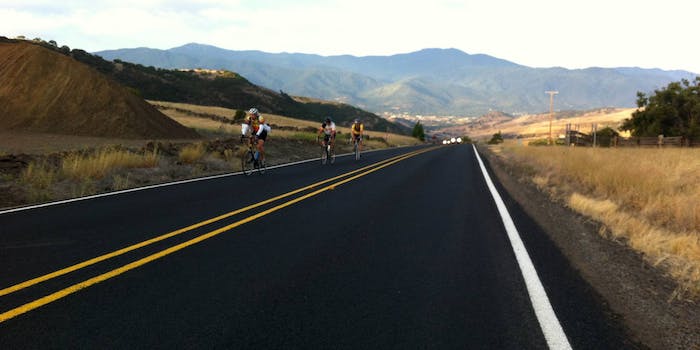 He couldn't cross the bridge but he did get some free food.

Businessman Cabel Sasser was in for a bit of a surprise on a recent trip when Apple Maps directed him to a bridge that wasn’t open yet. That, in and of itself, isn’t a huge shock. According to this not-super-scientific test by CNBC, Apple Maps consistently unperformed compared to Google Maps, and Waze.

But there was a bit of a silver lining to that dark cloud. Sasser couldn’t cross the bridge, but he did arrive just in time for the ribbon cutting ceremony.

Perhaps the most bizarre part of all this is that one of the bits of swag they were giving away was an Apple Pencil.

they were giving out free Apple Pencils at that bridge opening? Bizarre. pic.twitter.com/llhvp79wRq

Well okay that was the second most bizarre thing. The first being that Apple, a company long known for anticipating user needs, is now sending driving directions from the future.