Would Steve Jobs have hated the Apple Pencil? Who cares?

Acting as though Steve Jobs is still alive is a common pastime for many tech enthusiasts in the moments after an Apple event concludes, and today’s gathering was no different. Apple’s reveal of the new iPhone 6s and 6s Plus, revamped Apple TV, and new, larger iPad Pro were met with plenty of oohs, ahhs, and one famous Jobs quote that has traveled through time to throw shade.

#AppleEvent unveils a stylus I hear…I'm going to leave this right here: https://t.co/if1lIKyI3R

If you’re an Apple fan, you’ve probably seen this video plenty of times before. While on stage during the original iPhone debut event, Jobs takes stylus-based smartphones to task. In classic Jobs fashion, he’s extremely personable and animated in his salesmanship, but the message is clear.

It’s also being completely distorted today thanks to the announcement of the Apple Pencil.

“Who want’s a stylus?” Jobs asks the Macworld crowd gathered before him in the short clip being retweet today. “You have to get ‘em and put ‘em away, and you lose ‘em. Yuck. Nobody wants a stylus, so let’s not use a stylus.”

Jobs’ quote is largely a product of the technology of 2007. The iPhone touchscreen was (and still is) capacitive, meaning that it uses the human body’s conductive properties, sensing electrical disturbances that contact the display. Capacitive touchscreens don’t work with most styluses anyway, as they require the input device to be of a similar electric capacitance to human skin, and in 2007 when the iPhone launched such an accessory would have been prohibitively expensive.

Add to that the fact that the iPhone’s display, at a modest 3.5 inches, could be tackled handily by your thumb, and you arrive at the conclusion that even if Steve Jobs was in love with the idea of a stylus, it really made no sense to use one anyway. The iPhone didn’t need one, and even today’s newly revealed iPhone 6s Plus, at 5.5 inches, still doesn’t need one. 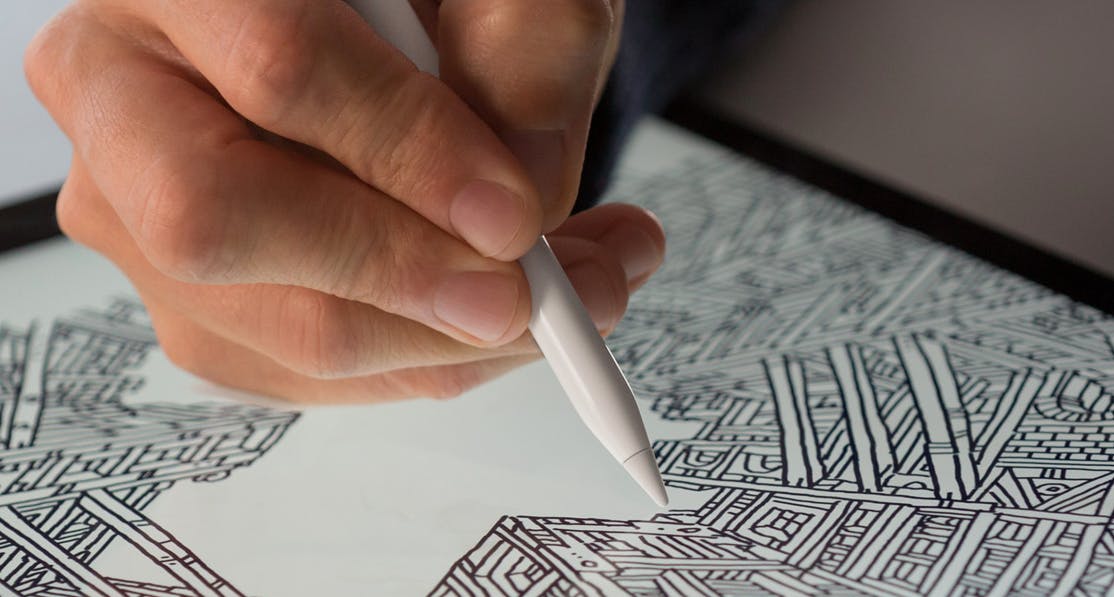 The iPad Pro, Apple’s massive 12.9-inch tablet, also doesn’t need the Apple Pencil. It doesn’t come with one, and it works just as well with your finger as the iPads you’ve used in the past. You want to browse the Web, watch a movie, or tap out an email using the huge screen? Your fingers are going to do just fine. In fact, the Apple Pencil is almost certainly not for you whatsoever.

The Apple Pencil is a tool for artists, power users, and people who need it, and it’s absolutely not a stand-in for your finger. You want to flip through the pages of your new digital novel? You don’t need an Apple Pencil. But if you spend hours hunched over your tablet, doodling away and making digital paintings that help you burn off the day’s stress and explore your creative side, you’re probably going to love the extra level of control and accuracy that the Apple Pencil affords you.

So where does this leave 2007’s Steve Jobs? It leaves him exactly where he was. The 3.5-inch iPhone 2G didn’t need a stylus, and it wasn’t a good fit for the device. The 12.9-inch iPad Pro also doesn’t need one, but the Apple Pencil is there for those who need it.

Jobs changed his mind a lot while at Apple’s helm, and much of Apple’s current product lineup flies in the face of things he’s said in the past. He famously claimed that “no one’s going to buy” larger smartphones, and insisted that 3.5 inches is the biggest a smartphone display needs to be. Today, Apple’s new 4.7-inch and 5.5-inch phones contradict that, and they’re the best selling smartphones the world has ever seen.

We’ll never stop the “What would Steve Jobs do?” meme from popping back up every time Apple announces something new and different, but if you insist on bringing up the now-deceased former Apple CEO as a “gotcha,” make sure you’re using his words in the right context.