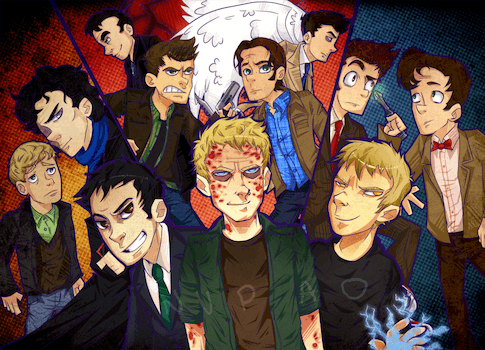 Fanfiction community Archive of Our Own (AO3) scores some major mainstream recognition.

Time Magazine’s 50 Best Websites of 2013 features some old favourites (SoundCloud, Feedly) along with more esoteric sites like Everything Is Terrible. But for one online subculture, a spot on the 50 Best list was another step towards mainstream recognition.

Yes, for the first time, a fanfiction archive has made it onto the list.

Compared to multi-million dollar behemoths like Wattpad (where Sony once paid someone to post “official” One Direction fanfiction), Archive of our Own might seem like a relatively small fanfic site. However, while some say “small”, others might describe it as elite. Although there are no quality-based entry requirements to post on AO3, you do need an invite code to sign up for an account. And for whatever reason, AO3 generally seems to attract a crowd of talented, mature fan artists, writers, and podficcers.

As we pointed out in our guide to finding the the good (fanfiction) porn, AO3 is the best place to go if you’ve just finished watching, say, Breaking Bad, and you want to know what its fandom thinks is the best fanfic on offer. You can sort search results by hit count, “kudos” (similar to Facebook “Likes”), or comments, as well as a variety of character and ratings-based criteria. So if you want to make sure you only get G-rated search results for Monsters Inc. stories to read to your kid, that’s cool too. The search engine and tag-wrangling for AO3 is better than the ones you’ll find on plenty of more “serious” websites.

As Lev Grossman put it in Time:

“Archive of Our Own makes it easy: it’s the most carefully curated, sanely organized, easily browsable and searchable nonprofit collection of fan fiction on the Web, and it serves all fandoms equally, from The A-Team to Zachary Quinto and beyond.”

As a community-run project, AO3 is a real success story. Run by volunteers and primarily funded by donations, its users are loyal enough that they managed to raise $16,000 in a fanfic auction last week. Now rated alongside sites like Mental Floss and TED-ed on Time’s 50 Best list, AO3’s users will surely be glad to see the archive receive the recognition it deserves.