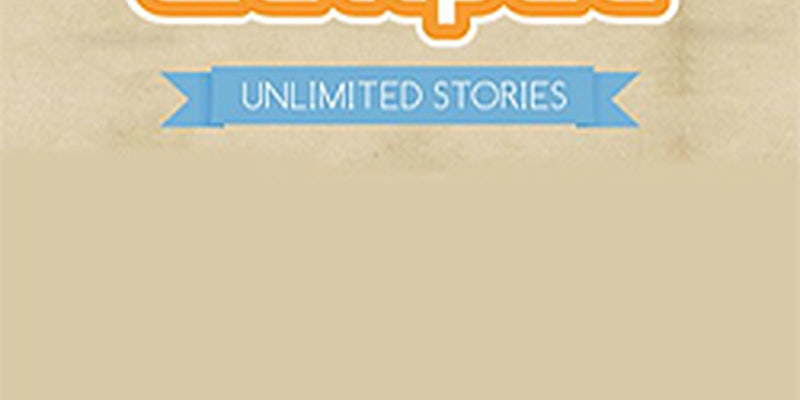 From fanfiction to One Direction, here are the five things Wattpad has that make it unlike any other online publisher.

If you’ve heard of Wattpad, it’s likely because of the company’s mobile app, an e-reader that also gives you instant access to millions of free texts. Wattpad claims to be the most popular mobile e-reader of all time, boasting 10 million users a month. Yet, apart from its success as a mobile app, Wattpad’s approach to digital content has been quietly revolutionizing attitudes about open-source publishing.

In effect, Wattpad wants to be the YouTube of online reading. Given that the company has raised over $20 million in venture capital since it first opened five years ago, it’s clear investors are starting to believe it is—and with good reason. Some stories posted to its online interface rack up more than 10 million hits.

Why is Wattpad thriving? In short, it’s managed to combine social networking with free stuff.

Here are five things Wattpad has that make it unlike any other online publisher.

Wattpad features “clubs” that cover all aspects of writing—everything from recommended lists and editorial tips to ways to double your comments. Granted, much of the “social” interaction on Wattpad seems to boil down to “you read my story, I’ll read yours,” but this model works to drive up hits and create the appearance of popularity.

Clubs do generate lots of real interest in stories and recommendations. The annual Watty Awards, voted on by the Wattpad community, drums up love for stories with hit counts from anywhere in the thousands to the millions. You can dedicate part or all of your work to other Wattpad authors, automatically promoting your story and giving some love to theirs. It all spells out systemic promotion that begets promotion—a social Ponzi scheme that works because no one gets scammed.

Take 2011 Watty winner for Best Action story, “The Shy Girl Has a Gun.” Not only does it have a fabulous customizable cover, but it includes a listing of the author’s dream cast and a YouTube theme to set the mood as you read. This is a marketing package you literally can’t buy.

Wattpad also allows for text that ties directly into YouTube, such as Aisling’s Diary, a webisode-based story that airs regularly on YouTube with filler updates on Wattpad. Readers can also post video feedback. This interplay between mediums adds to the overall feeling you get from Wattpad’s network-heavy interface: You’re not just reading a story but interacting with it.

Other free digital publishing websites like Booksie and Scribd seem to emphasize the distribution of speeches, research papers, and nonfiction, as well as other forms of useful free texts.

Not so with Wattpad, which chooses to designate entire reading categories for“Vampires” and “Werewolves” instead. The site squarely prioritizes teens and the young adult-reading set by labeling its general fiction as “Teen Fiction” and “Non-Teen Fiction.” And, perhaps most importantly, Wattpad designates a spot for fanfiction right alongside its other categories. With over half a million stories, “Fan Fiction” is the third-largest category on Wattpad, trailing behind Romance and Teen Fiction, many of which are also fanfic.

By taking the proactive stance that fanfiction is just as important to its audience as publishable original work, Wattpad is embracing increasingly lenient interpretations of Fair Use regarding fanfic and copyright law. This has huge implications for future digital publishing communities, as does Wattpad’s choice to allow users to select from multiple Creative Commons licenses when they upload their stories, regardless of whether the content they are uploading is original fiction or fanfiction.

Instead of envisioning free publishing as a means to selling real books, or even envisioning free publishing as what you do after your books have already been sold and written off, Wattpad’s model for free distribution applies no matter what publication status your content enjoys. It’s fair game for all to enjoy. Additionally, all users uploading stories to Wattpad have the option to have their stories shipped to Sony’s e-bookstore, Google Books, and Scribd. Such lists aren’t filtered, meaning that works are distributed across the Internet, regardless of content or subject matter.  This can be a double-edged sword, but if you’re a writer wanting maximum exposure with little effort, this is a coveted feature that makes Wattpad seem to be everywhere at once.

In February, Sony partnered with Wattpad to release a very special gift to the hordes of One Direction fans who dominate Wattpad’s fanfiction pages. Choosing from Wattpad’s crop of popular authors, Sony actually paid for a bit of RPF (Real Person Fanfic) about One Direction called “What Makes You Beautiful.”  Released for Valentine’s Day in conjunction with the mega-boy band’s U.S. debut single of the same name, the fanfic was labeled the band’s official gift to their fans and came complete with a personalized note on Wattpad from the band members thanking fans for their support.

While other publishing houses may claim several of the features above, it’s the combination of all of them at once that make Wattpad a game-changing force in digital publishing. Of course, like any business dealing with crowdsourced content, it has its downsides.

But it must be said that any site that can boast 20 million hits for a single work of fiction and an enormous horde of tween pop fans at its command? That’s one to watch.