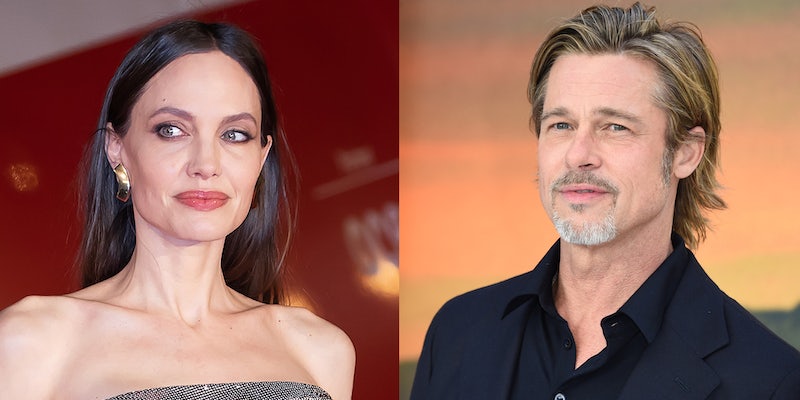 As predicted, Jolie is already being put on trial.

This week, more details started to come out about Angelina Jolie’s domestic abuse claims against ex-husband Brad Pitt, filed in a countersuit regarding an incident on a September 2016 flight. Some of the content being made feels like the kind that came out of the Depp-Heard trial.

On Wednesday, a now-deleted tweet was highlighted by @WrittenByHanna, from “an account made this year lol.” The tweet reads, “I’m sorry but I believe him and want to hug this man #BradPitt.”

It’s not clear what it is they believe, since Pitt has not made any public statement regarding the suit (a rep for Pitt denied claims), but that kind of facts-free sentiment was certainly on display during the Depp-Heard trial. Over the summer, the Daily Dot reported that the Jolie-Pitt lawsuit, as well as the upcoming Marilyn Manson-Evan Rachel Wood defamation trial, are two instances where the Depp-Heard social media playbook was already being applied, despite being very different cases.

The documents filed this week claim Pitt, while intoxicated, choked one of their children, struck another, and grabbed Jolie’s head and shook her. Pitt also allegedly poured alcohol on Jolie and his children. The accusations against Pitt had previously focused on Jolie, but the new filing includes allegations that he was violent towards his children.

You can find other tweets questioning Jolie’s account or joking about how they wish Pitt would choke them.

Elsewhere, people are using “the next Amber Heard” or “Amber Heard 2.0” in video descriptions (and on Twitter), and there are videos that even use images of Pitt and Jolie’s kids as clickbait.

As pointed out on Twitter, Pitt is allegedly using PR crisis manager Matthew Hiltzik, who also worked with Depp (and Harvey Weinstein), and Pitt has TMZ in his corner. The tabloid ran a story yesterday, quoting anonymous sources “close to Brad,” who claim Jolie is running a “smear campaign.”