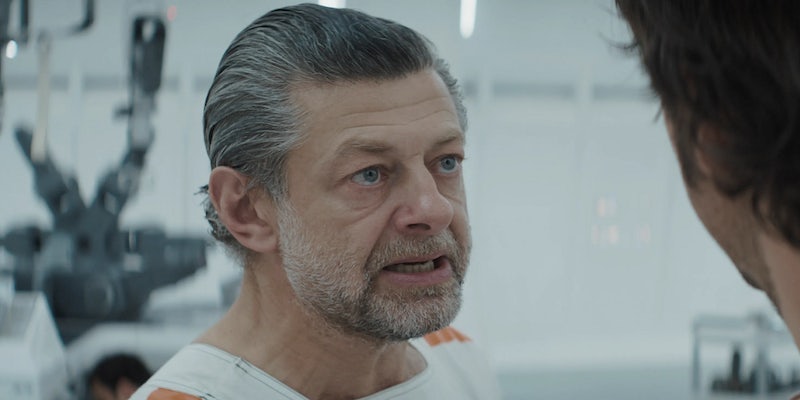 ‘Andor’ episode 10 asks: How does someone become a Rebel leader?

Between Mon Mothma, Luthen Rael and Kino Loy, the show has a lot to say about leadership.

This post includes spoilers for Andor episode 10, “One Way Out.”

When Luke Skywalker joined the war in A New Hope, the Rebellion was already running like a well-oiled machine. We didn’t need to know how it was formed or funded. But if the movies represent the tip of the iceberg for Star Wars lore, then spinoffs like Andor ask the questions beneath the surface. How do grassroots movements take hold? What tactics are most effective against an authoritarian state? What did the rebellion look like before it became The Rebellion?

In Andor, the most effective rebels are guerilla fighters and secretive facilitators, guided by ruthless desperation. Luthen Rael may pull a lot of strings, but he can’t inspire the masses. In order for the “real” Rebellion to emerge, it needs an accessible leader—something Cassian understands when he uses Kino Loy as the mouthpiece for his prison escape.

Although Cassian is the mastermind of this escape plan, people don’t instinctively perceive him as a leader. For that job, he needs someone like Kino Loy—a guy who isn’t notably smart or charismatic, but is used to being the voice of authority. With a little encouragement, Kino recycles Cassian’s words into a message that takes over the entire prison: “I’d rather die trying to take them down than die giving them what they want.”

This sequence is another triumph of writing and direction, offering a deluge of thrilling imagery: Water creeping across the electrified floor; guards cowering in the darkness as inmates run riot; Kino’s dawning horror as he realizes that he won’t survive. Like the end of Rogue One, it delivers hope and tragedy in equal measure. We feel the emotional punch of people finally uniting against the Empire, but we also see the cost of that battle. Most of the inmates will likely drown while swimming to freedom.

The wheels are turning more slowly on Coruscant, as Mon Mothma and Luthen Rael face up to some ugly moral choices. Meeting with a smarmy Chandrilan money launderer, Mon Mothma is disgusted by the suggestion that she could offer her daughter’s betrothal as payment. Meanwhile, Luthen Rael clashes with a surprising Rebel informant: ISB agent Lonni Jung (Robert Emms), a milquetoast background figure in Dedra Meero‘s subplot.

Following the birth of his daughter, Lonni wants out. Luthen, however, is predictably unsympathetic. He’s a master of the hard sell, and entirely ruthless about letting others suffer or die for the cause. “You’re trapped,” he tells Lonni, explaining that he plans to sacrifice a group of rebel allies to protect Lonni’s identity as a spy. “There’s no pleasure in saying it, but you’re going nowhere.”

When Lonni asks what Luthen himself has sacrificed, Luthen offers a poetic and grimly self-aware reply: “Calm. Kindness. Kindship. Love. I’ve given up all chance at inner peace. I’ve made my mind a sunless space. I share my dreams with ghosts… I burn my decency for someone else’s future. I burn my life to make a sunrise that I know I’ll never see.”

Despite Luthen’s well-established habit of lying to everyone, it’s tempting to take this monologue at face value. In a story full of stress and uncertainty, Luthen’s confidence is magnetic. At the very least, he’s voicing one of the show’s central themes, embodied by the Narkina 5 prisoners who fight and die so a few others can escape. But it’s also very plausible that Luthen tailored this speech for Lonni’s benefit. There’s no way of knowing how much of his emotional vulnerability is genuine, and how much is calculated to encourage a sense of camaraderie.

Between Kino’s role as a temporary figurehead and Luthen’s work behind the scenes, this episode raises some intriguing questions about Mon Mothma’s future as a Rebel commander—and eventual chancellor of the New Republic. What kind of leader can survive through the Empire’s takeover and out the other side? Not a squeaky-clean optimist, clearly. Played with brittle artificiality by Genevieve O’Reilly, Andor’s take on Mon Mothma is quietly one of the boldest elements of the show.

In some obvious ways, she has a safer role than other Rebel agents. She’s shielded from the violence faced by people like Cassian—and in turn, she’s alarmed by Luthen Rael’s guerilla tactics. Her privilege permits a certain squeamishness about getting her hands dirty. However, she isn’t actually free from danger. Shaped by her lifelong work in the Senate, we understand her motives for staying among Coruscant’s elite—just as we understand Cassian’s desire to run away to a beach resort.

Considering her image as an iconic Rebel leader, Andor presents Mon Mothma in a surprisingly ambivalent light: A career politician who takes risks to do the right thing but is arguably less effective than footsoldiers doing the dirty work on missions like Aldhani. The fact that she disguises her Rebel fundraising as a “charity project” has a ring of truth to it. Not only does she keep her Rebel ties at arm’s length, but she lives in a completely different world from normal galactic citizens.

As we move closer to the era of A New Hope, Mon Mothma may turn out to be more of a Kino Loy than a Padme Amidala. In the same way that the prison revolt needed a confident voice to kick everyone into gear, the Rebellion needs someone who fits people’s expectations for a Real Leader—even if that leader only succeeds thanks to the actions of people like Cassian Andor and Luthen Rael.