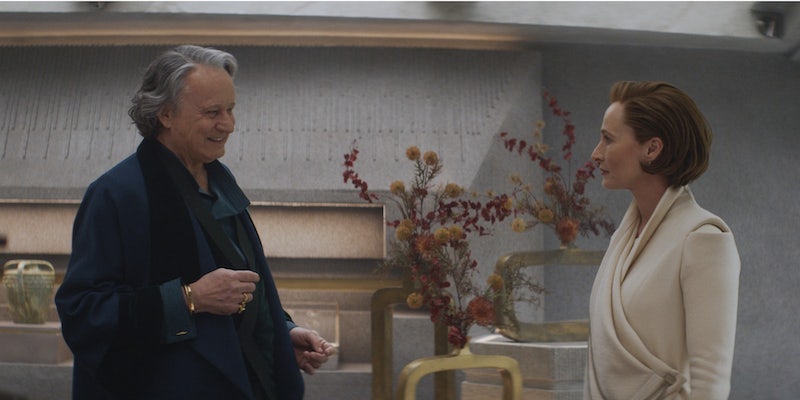 ‘Andor’, the Empire, and cultural erasure

This post includes spoilers up to episode 6 of Andor.

In A New Hope, we know the Jedi existed within living memory. Yet the main characters make it sound like the Jedi belong to a long-dead era, referring to them as an “ancient religion.” Luke Skywalker and Han Solo seem to think of them as a fairytale—a view we hear again from Rey in The Force Awakens.

It took a single generation for the galaxy to forget the Jedi, a detail that feels much more disturbing after watching the prequels. The Phantom Menace reveals that the Jedi Order was closely entwined with the galactic government, sending envoys and peacekeepers across the galaxy. Yet after the Jedi purge in Revenge of the Sith, the Order sinks into obscurity. In addition to killing almost every Jedi knight, the Empire takes pains to stamp out their culture, destroying their knowledge and artifacts until Luke is left with a tiny collection of ancient texts in The Last Jedi.

The downfall of the Jedi is a dark undercurrent throughout the Skywalker Saga. Analytical viewers will easily pick up on the fascist subtext here, with the Empire wiping out a culture that threatened their authoritarian worldview. We see similar things happen to other societies across the franchise, with Andor exploring this idea in more depth.

The first six episodes offer multiple perspectives on cultural erasure. Cassian himself was separated from his home planet, language, and birth name. In the present day, the Aldhani storyline takes inspiration from (among other things) the Scottish Highland Clearances, depicting an indigenous population being displaced and suppressed by Imperial invaders.

Based around an Aldhani religious festival, episode 6 provides explicit insight into the Empire’s colonial strategy. Each year, people trek across the mountains to watch a celestial event known as the Eye. Openly disgusted by the Aldhani culture, the Imperial officers mock this tradition and joke about how easy it was to subdue. In the past, thousands of people gathered to watch the Eye. This year, only 500 began the pilgrimage—and by the end of the route, only 60 remain. The rest were drawn away by rest-stops the Empire set up as distractions along the route.

When the remaining pilgrims arrive, the Imperial commander makes no attempt to understand or respect them. An officer derisively explains that the Aldhani people exchange goat skins as a ceremonial welcome—something the Imperials find ridiculous. Later, we see the Aldhani leader throw the goat skins into the fire; a symbolic signal of rebellion. Yet while the Imperials are ignorant bigots, they’re still obsessed with the Eye. Every soldier on the base wants to watch it, freely admitting that it’s the best thing about living on Aldhani. They want to enjoy the most visible piece of Aldhani culture while stripping it of all context and meaning.

On Coruscant, we see another side of this commodification process. Rebel spy Luthen Rael (Stellan Skarsgård) lives a double life as an antiques dealer to Coruscant’s upper classes. He and his assistant hide their serious, ruthless personalities behind a frivolous veneer, smiling obsequiously at their wealthy customers.

Luthen specializes in antiquities stolen or salvaged from cultures colonized by the Empire. These include a “monk cudgel” from Utapau (the site of the Clone Wars battle) and a “Kashyyykk clarion” (a ceremonial trumpet used by the wookiees). Sometimes, Luthen gives his clients a spiel about an item’s significance, talking up its rarity and value. Other times, he either doesn’t know or pretends not to.

Episode 6 ends with Luthen showing some jewelry to a customer. “There’s an inscription on that one,” he says. “In a language no one remembers.” When the customer remarks that this sounds sad, Luthen replies, “No, it’s liberating. You decide what it says. Your own secret language.” He reduces the necklace’s lost origins to a marketable piece of trivia.

Many of Luthen’s artifacts come from non-human species, playing into the human-supremacist politics of the Empire. Rich humans buy objects with ceremonial or personal importance to cultures they don’t know or understand. These items have been reduced to decorative status symbols. And while Luthen presumably understands the ugliness of his business, he relies on it to maintain his cover; a morally ambiguous position that’s further illustrated in the way he pays Cassian using a kyber crystal. Luthen explains that it’s a relic from something called the Rakatan Uprising, and while it can be sold for 50,000 credits, “Just know it will always be worth more to me.”