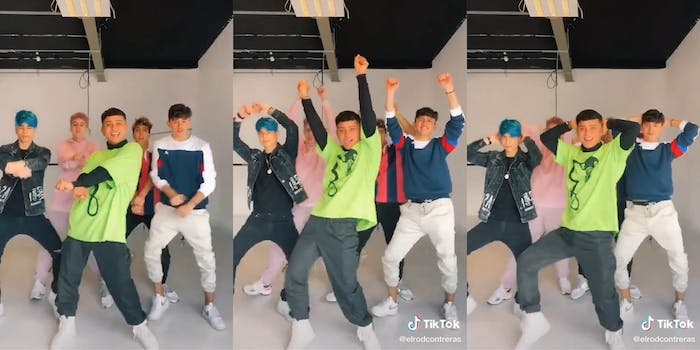 The Ahi Challenge is the latest dance taking over TikTok

The dance is moving hips on TikTok.

Dance trends are a major part of the TikTok ecosystem, and often they expand so fast that the originators are obscured. There was a course correction this week, after 14-year-old Jalaiah Harmon, creator of the wildly popular Renegade, was profiled by the New York Times. The article traced the evolution of the dance, and how it was popularized by higher-profile TikTok darlings.

In the week since, Harmon appeared on Ellen and was offered access to new opportunities. But it was one of those rare moments where zooming out gave some personalized context for how dance evolves on TikTok, how Black creators are often shut out of trends and moments they helped create, and the gray area around ownership of dance moves.

Another dance taking over TikTok: The Ahi Challenge, which expanded pretty fast too—it now includes This Is Us stars Sterling K. Brown and Susan Kelechi Watson in its ranks.

Rodrigo Contreras, a 20-year-old dancer and TikTok star in Mexico, posted the dance last month, accompanied by the 2017 reggaeton song “Tra Tra” by Nfasis. The dance is much simpler than the Renegade, and the video now has more than 7.9 million views.

According to Know Your Meme, Charli D’Amelio picked up on the trend a few days later, racking up more than 8 million likes for her take on it. And in the last month, it’s spread to malls, meet-and-greets, and quite a few escalators.

Nfasis posted his own take on the challenge, featuring Lele Pons.

The Daily Dot has reached out to Contreras for comment.