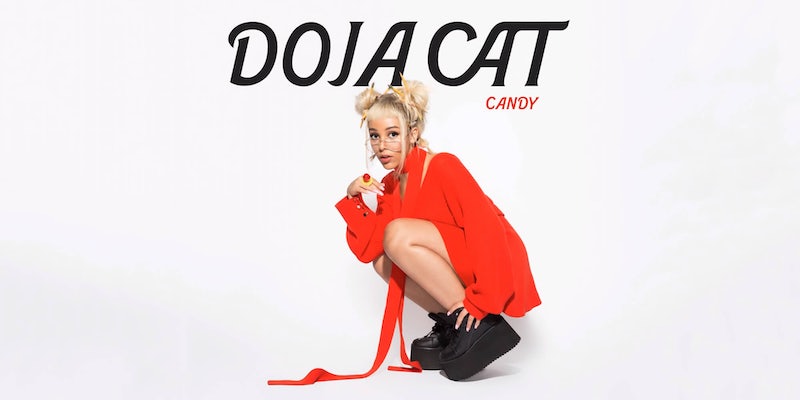 Teens on TikTok are obsessed with Doja Cat’s ‘Candy’

The old song is back in a big way.

Teens are obsessed with the song “Candy” by Doja Cat after a dance competition to the song went viral on TikTok recently.

TikTok users have uploaded about 3 million videos with the song. Most of the videos are teens dancing to some version of the same choreography. (If you’re wanting to upload your own Doja Cat TikTok video, don’t worry—there are already YouTube tutorials.)

Then, of course, there are the meme-like versions to the dance competition videos.

“Candy,” which has been all the hype on TikTok for the last couple weeks, was released in 2018.

Doja Cat is an up-and-coming rapper and singer, but this isn’t the first time that one of the newbie’s songs has gone viral. In 2018, she released a meme song called “Mooo!” Twitter loved the farm-themed video and song, which included lyrics like “Bitch I’m a cow / I’m not a cat / I don’t say meow.”

Stars like Katy Perry and Chance the Rapper praised her for the hit, helping the song rack up nearly 60 million views on YouTube.

In the last couple of months, Doja Cat has become more commercially popular. In August, she released her single “Juicy,” which reached No. 47 on the Billboard’s charts. It was the first time that one of her songs hit the charts. She also released a remix of the song that included the rapper Tyga.

Earlier this month, Doja Cat released her second studio album Hot Pink. The album is No. 19 on this week’s Billboard’s album charts.