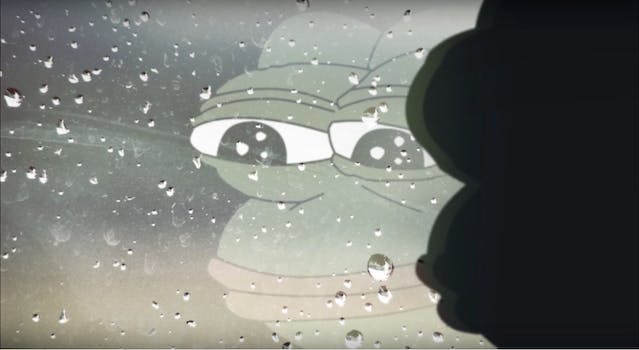 The battle for the soul of Pepe, a cartoon frog

This election has gone so sideways that the Anti-Defamation League is fighting for the soul of a cartoon frog.

Here’s where we’re at in this presidential election: the Anti-Defamation League, dedicated to fighting anti-Semitic hatred, is fervently fighting for the soul of a cartoon frog. Pepe, the “feels good man” frog, has been co-opted by Nazis and white supremacists, and the ADL has joined Pepe’s creator, Matt Furie, in trying to bring him back to the light.

We are partnering w/ internet meme creator to put the nightmare of hate to rest: https://t.co/edRhDj4Ogg #SavePepe pic.twitter.com/lSZ37TjOpm

Pepe originated as a laid-back character in Furie’s comic “Boys Club,” and was remixed on 4chan into a sort of everyman for the internet. This year, he started being used by the alt-right, the online pro-Trump youth who identify as “degenerates” and “deplorables.”

On Friday, the ADL and Furie announced #savepepe, a campaign to spread “positive” Pepe memes and counter the frog’s association with white power and Donald Trump.

Furie has already responded to the popular remix of Pepe as Trump by drawing a new comic for the Nib that recasts “Pepe Trump” as a figment of the real Pepe’s nightmares.

“The true nature of Pepe, as featured in my comic book, ‘Boys Club,’ celebrates peace, togetherness and fun. I aim to reclaim the rascally frog from the forces of hate and ask that you join me in making millions of new, joyful Pepe memes that share the lighthearted spirit of the original chilled-out champion,” Furie said in a statement this past Friday.

Depending on the success of the #SavePepe campaign, the ADL may decide to remove Pepe from its own list of hate symbols, the group told the New York Times. He was placed on the list in September.

Some, including the Daily Dot’s Miles Klee, have argued that listing Pepe as a hate symbol misunderstands the frog and gives the white nationalist movement too much credit.

“We’re going to see how this plays out,” said the ADL’s Oren Segal. “We hope to save Pepe.”