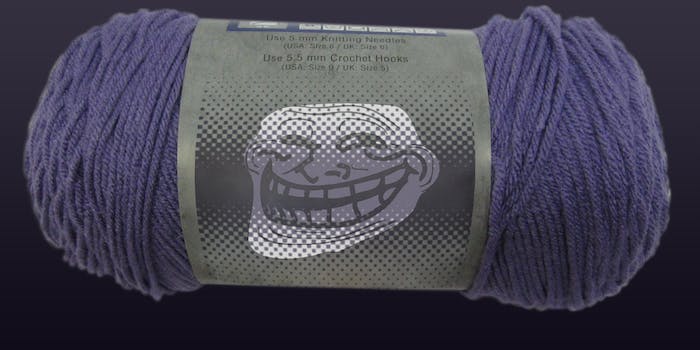 This is how you completely miss the point of activism.

One of the great tragedies of the digital era is that the Internet has elevated the art of impotent, pointless, obnoxious performative “activism” to an art form. When one of the most important modes of communication in your life becomes that of the digital—Facebook, Twitter, blogs, SnapChat, and more—you become driven to show people your activism, expecting rewards and adulation for doing it. Once activism was a grassroots, ground level, community-based activity, but now it’s one that’s based as much in having something to show for it as it is in getting things done.

Digital activism can be demonstrably powerful. It can also be monumentally pointless, and actively counterproductive.

Take, for example, the recent trend of trolling Hobby Lobby by entering stores, stealthily rearranging displays with pro-choice messages, documenting the act, and leaving. These bold and intrepid “activists” post the fruits of their labor online for everyone to marvel at, laugh at, and applaud them for—and many of them are getting the praise they want on feminist websites, Tumblr, Twitter, and more. Some of these images have gone viral, and they’re being held up as a fantastic example of sticking it to the man with some good old-fashioned work on the ground.

But what are these “revolutionary actions” supposed to accomplish, exactly? Are people thinking about what they’re doing when they engage in them or praise people who are doing them? Because a closer examination of the situation shows that this is just yet another example of “activism” that actually hurts the very people it’s supposed to help, and in the process also harms workers, most of whom are low-income women.

As any retail employee or retail survivor knows, there’s only one person from a store or company who sees “creatively rearranged” displays, and that’s the employee who is dispatched to clean them up. Employees usually silently clean up messes like these without comment, although on rare occasion a manager may see it first—and dispatch an employee to deal with it. Maybe sometimes employees find it amusing. Maybe at others, it’s actively annoying, depending on how the day is going.

A handful of customers may see the display and laugh or be offended by it, but they’re not actually the ones “activists” are trying to reach, right? Because most shoppers are already aware of the store’s policy and what it’s doing—and if they weren’t, they wouldn’t understand what the modified display means. If the goal is to raise awareness, it’s not going to be achieved by subjecting customers to nonsensical displays. Nor is modification of store displays likely to spur any kind of meaningful action on the part of customers who don’t understand the display and don’t know what they’re supposed to do about it.

Here’s who doesn’t see them: Company executives, human resources personnel, the people who set policy decisions, or Supreme Court justices. (Unless Scalia has a hitherto unrevealed fondness for cross stitch or stamp crafting, in which case I don’t understand why I’m not on his Christmas card list.) Even when images are tweeted at Hobby Lobby or sent to them via other means, they’re seen by social media interns and other low-level employees of the company, and they don’t make their way up the food chain. This is how corporations work, through layers and layers of obscurity that make it quite difficult to find and communicate with company officials.

Hobby Lobby officials are well aware that many Americans are unhappy with the Supreme Court decision in their favor. Undoubtedly, members of the company are reading criticisms of the decision and the store itself and formulating digests for the benefit of company officials who want to keep track of the store’s image and public relations. Ultimately, however, these officials are going to ignore much of this critique, not least because the store actually benefits from having an army of vociferous pro-choice critics—because it can be spun to make poor, beleaguered Hobby Lobby look like a nice innocent company upholding Christian values, something that’s extremely important to many people in the United States.

That doesn’t mean that activism, appeals, and other pushes to address this appalling and far-reaching Supreme Court decision are futile, unimportant, or unnecessary. It does mean that such activism should be carefully planned and executed, reflecting real-world needs rather than a desire to have something provocative to share on social media. Going viral among the pro-choice community, after all, does absolutely nothing to address the core issues at hand here.

Trashing stores in the name of activism is just juvenile, irritating behavior. The workers have to bear the brunt of the burden, on top of the everyday nuisances that come with working in retail. Those same people who are suffering because their employees are using religious exemptions as a cover for misogynist bigotry are the ones cleaning up the mess left by righteous pro-choice “activists” who seem to believe they’re making some kind of meaningful change in the world.

Pro-choice activists angry about the Hobby Lobby decision need to stop playing with other people’s stamp sets and try making a difference in the world. Maybe that’s through donating to or volunteering for pro-choice organizations and political candidates. Maybe it’s through attending legal hearings, rallies, and marches in support of reproductive freedom. Maybe it’s through working directly with clinics and advocacy groups who provide reproductive health services to women in need—like those very same Hobby Lobby workers who are exhausted after eight hours of standing up for minimum wage and trudging around the store cleaning up after privileged feminists.

Photo via Anneheathen (CC BY 2.0) | remix by Jason Reed