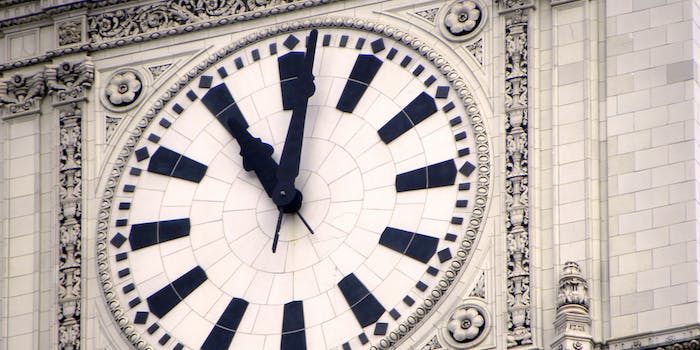 7 real bombs that are definitely bombs and not clocks

On Wednesday morning, the Internet converged on a story that left many observers baffled and enraged: Texas police arrested Ahmed Mohamed, a 14-year-old Muslim student, for bringing a homemade clock to his high school, on the grounds that it constituted a “hoax bomb.”

The incident sparked renewed discussion about Islamophobia in the U.S. Expressions of support for Mohamed poured in from engineers, as well as Facebook CEO Mark Zuckerberg and President Barack Obama, both of whom offered to meet with the enterprising young student.

But all of this ignores the elephant in the room: How many other clocks out there might be bombs?

Actually, “Big Ben” is the name of the giant bell inside this clock, not the clock itself. What other secrets is this clock hiding?

This clock hasn’t exploded and killed anyone just yet—but that doesn’t mean we can trust it, even for a split second.

Just an innocent timepiece of yore? More like an ancient bomb.

So what's the time acc to this sundial in Ephesus…? pic.twitter.com/YEu3wroMID

Sure, it didn’t detonate when it went off this morning. This morning.

Honestly, we’re not even sure if a smartwatch counts as a clock. What we do know is that each one is a potentially deadly wearable bomb.