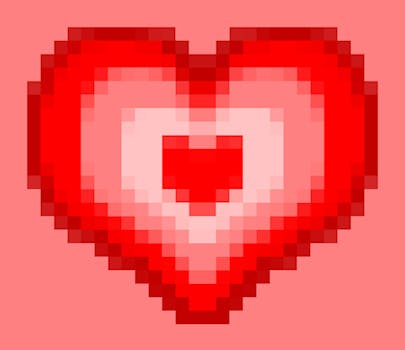 What better way to impress your valentine than with one of these unique GIFcards?

Do you remember the feeling of passing out Valentine’s Day cards in elementary school—awkwardly, perhaps, shuffling over to your crush, head down, and handing over a piece of cardstock as if it were a secret exchange. Maybe you made yours from construction paper, gluing candy hearts and cutouts together, and snuck into a friend’s cubby hole.

It’s time to upgrade your game for the digital age—with GIFcards.

The historic graphics interchange format has become a universal language on the Internet—the new emoticon or ecard—what we use to communicate and react with on Tumblr and beyond. It’s a currency that’s traded, capturing tiny moments, both personal and from pop culture.

“A good GIF is also a question of timing,” adds Benoit Ciron, a 33-year-old French artist who serves as Tumblr’s top GIF tag editor, tasked with highlighting 10 pieces of content a day to be featured on the network’s GIF page. “I discovered that this medium is a very efficient tool to catch a moment, explain an event, resume a situation, give life to a form or a painting.”

As part of the second installment of the Daily Dot’s GIF card project, we worked with 12 premier artists to create 17 exclusive holiday cards that will never deteriorate or require postage.

Hopefully there’s someone special you can share one with today. Remember, timing is everything.

Hoppip
The GIF might have only recently made a resurgence, but Hoppip, which is the name of a grass Pokemon, has spent the last 10 years making GIFs for Geocities and AOL Instant Messenger profiles. He’s currently a Tumblr GIF tag editor, and as you can see below, knows what will go over well in the community. His work is simply charming.

William Reiss
On Tumblr, Reiss is best known for IHave4Catz, a place where posts simple GIFs of celebrities. In the real world, he’s a coexecutive producer at Walt Disney Company who has worked on cartoons like Fish Hooks.

“The stereoscopic process is very simple but it is more fun for me to keep it a mystery,” Fagerholm told the Daily Dot. “The original drawing on paper is the most important part of my gifs.”

Jane Mai
A freelance illustrator from Brooklyn, Mai’s GIFs have serious, yet somewhat comical, edge. She’s unafraid to illustrate a kid doing a line of coke off a giant Bitcoin or Mickey Mouse passed out on the floor.

g1ft3
Gustavo Fajardo is a glitch artist from Guatemala whose animations of pop art and nature show how imperfections can be beautiful.

“I believe that any media can be used to create art,” he once told the Daily Dot. “I dislike old-fashioned academy teachers who say that if you don’t work the way they did back in 1,500 BC it is not art. I want to prove that you can make art with new media.”

Sean Godsey
Godsey is an eclectic GIF artist who can just as easily deconstruct the face of Charlie Chaplin as he can hand draw a girl with eyes that grow like tree vines.

Richie Hull
Hull is the art director for Australia’s Popular Science magazine who spends his free time on Tumblr as xcopy, a GIF artist known for his surreal illustrations.