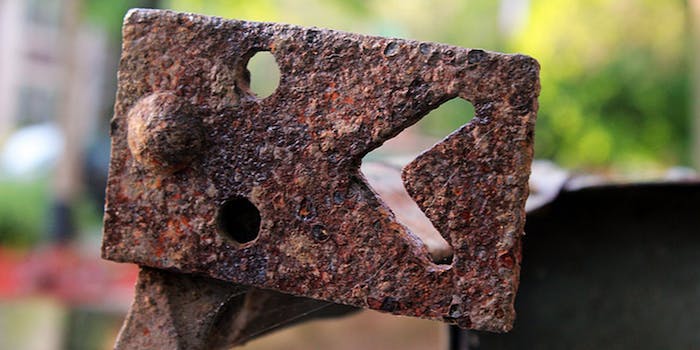 Why reaction GIFs are the new emoticon

For the last 30 years, the emoticon has been the quickest and easiest way for people to express their emotions digitally. Most smart phones and chat services even have them built into the operating system, taking out the effort of manually making a smiley face.

Yet, there’s only so much that you can communicate through keyboard characters.

That’s why people are increasingly turning to GIFs, the versatile image format that creates endless loops of short animations. They’re being used everywhere now to express just about everything, from what it’s like in Austin to what it feels like to watch MTV for the first time in years.

Even New York City Mayor Michael Bloomberg has gotten in on the GIF craze, recently tweeting his reaction to securing the 2013 MLB All-Star game for Citi Field.

Of course, GIFs are nearly as old as emoticons. The graphics interchange format was developed by CompuServe in 1987. But the recent resurgence in popularity, in part, can itself be seen as a reaction to the limitations of emoticons.

“In recent years digital artists have gone back to retro formats as a special kind of constraint,” artist Jon Ippolito, a former Solomon R. Guggenheim curator, told the Daily Dot. “We see this in phenomena like the 8-bit music scene and work by artists like Cory Arcangel, who re-created a 2005-era iPod inside an emulated 1985-era Nintendo console.

“Animated GIFs have long been surpassed technologically—first by Shockwave, then Flash, and now HTML5. Yet while many mainstream designers view GIFs low frame-rate and crappy dithering as a throwback to the days of 1990s banner ads, others appreciate and celebrate their nostalgic look.”

And celebrate they have.

In the last month, the word “gif” has been tweeted more than 2.6 million times. The GIF hashtag is also tremendously popular on Tumblr, where an original animation can easily collect more than 1,000 notes in a matter of hours. And on the iPhone, more than a dozen GIF applications— such as Cinemagram, GIF Shop and Flixel—allow users to create animations with the push of a button.

There are also hundreds of websites, like Gifsoup, where people can find millions of animations and even create their own using YouTube videos.

Legendary GIF artist Olia Lialina has been experimenting with the format for more than 15 years.

“I love reaction GIFs much more than emoticons,” she told the Daily Dot.

“They are ‘hyper’ comments—technically they are not links, but conceptually link into other dimensions. People talk with GIFs, comment and greet. I have a huge collection of ‘have a nice day’ GIFs used on myspace.”

These “have a nice day” GIFs Lialina described are commonly known around the Web as reaction GIFs. Simply put, they are animations—often created using a clip from a movie or TV show—that used to explain a specific scenario, like “Watching my parents try to use a computer.”

On Reddit, the reaction GIFs group has more than 45,000 readers who expertly find and create animations to match all sorts of different moods: “When someone makes me laugh when I am in a bad mood,” “When somebody offers a witty insight,” and “When I leave a movie theater in the daytime.”

The “how I feel” maxim on Tumblr has become absurdly popular, with people pairing the phrase with GIFs to animate various feelings, from losing a board game to getting into medical school.

So why then have GIFs made such a huge comeback? The answer, according to Ippolito, is simplicity.

“Nostalgia aside, animated GIF’s are very portable,” he said.

“They can easily be added into emails and bulletin boards, due to their tiny size and easy viewability. This makes them easy to share online, like the ‘digital pogs’ popular a few years ago, which themselves are based on the physical pogs shared by schoolchildren in the 1990s.”

Emoticon creator Scott Fahlman, a computer scientist at Carnegie Mellon University, isn’t afraid to admit that the golden age of the smiley face may be over.

“I’ve been saying for a while that it seems odd to be using :-) and :-( in an era when we can send photos or videos of ourselves smiling or frowning,” Fahlman told the Daily Dot.

“The original rationale was that there is no body language on the Web, but now there can be. People have continued to use the simple :-) and :-( symbols because they’re just so quick and easy, but perhaps that is finally changing.”

Only time will tell, but for now I’m like…