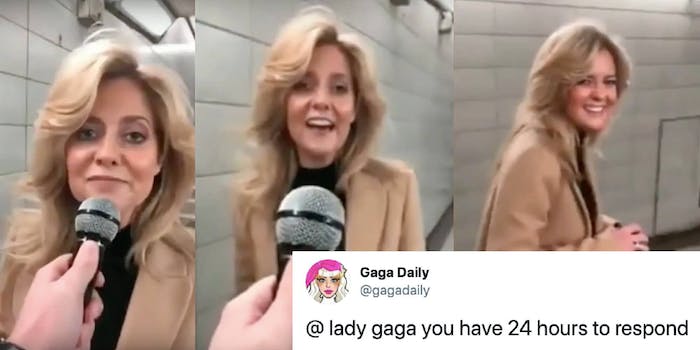 In Twitter's latest celebrity call-out meme, users are demanding their favorite celebs step up to the plate to challenge their competition.

Just when you think you’ve made it as an A-list celebrity, Twitter comes around demanding more. Oh, so you’re a famous singer? Too bad. Some lady in the subway just went viral for singing your song. You have 24 hours to respond.

The 24 hours to respond meme began circulating the Twittersphere in mid- to late February. It originally started as a humorous way to compare celebrities like singers and models to various viral phenomena.

For example, this adorable kitty strutting its stuff surely would leave the Hadid sisters, who are extraordinarily popular models, quaking in their heels.

Similarly, let’s look at Isabelle from Animal Crossing—aka a certified meme icon and the most beloved pup on the internet. No one is questioning her star status. However, a viral video of her singing has people comparing her to Beyoncé—who has 24 hours to respond.

Queen Bey had better watch out.

Musical artist Doja Cat was even compared to Marie Antoinette.

By the time the 24 hours to respond meme had made its rounds for a few days, memers abandoned references to people altogether. Instead, they chose to meme everyday objects like shoes.

Truly, there is nothing like a versatile meme format to unite the internet. All other memes have 24 hours to respond.