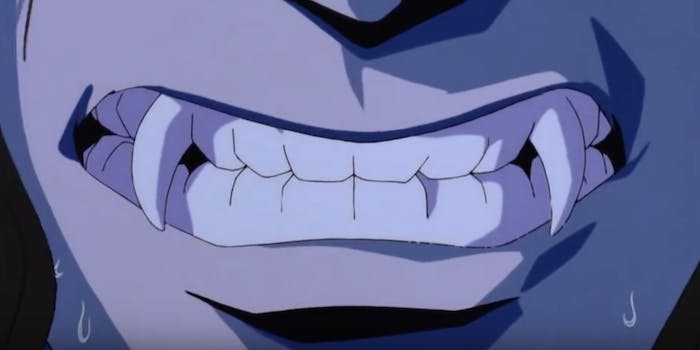 8 bloody great vampire anime to add to your watch list

These vampire anime series will leave you thirsty for more.

Vampires have been haunting the world of anime for decades. The bloodsuckers have taken many forms in the genre, drawing equally from traditional Japanese folklore and European legends to tell gore-soaked tales of the undead. Still, not all vampire stories are created equal: A lousy vampire story will make you want to drive a stake through your own heart. Don’t waste your time with lesser fiends, here’s the best vampire anime of all time (in no particular order).

Vampire Hunter D is a staggeringly violent show, even by anime standards. Set in the year 12,090 after a nuclear holocaust resets the world to an odd steampunk medieval age, D is a world of mutants and monsters. When an ancient vampire attacks a woman named Doris, she hires a vampire hunter who goes by the initial “D” to protect her from his superpowered henchmen. Vampire Hunter D mixes the pacing of a Western with the absurd gore of a splatter flick to create a real classic of ’80s anime. It’s hard to believe the Sci-Fi Channel (now Syfy) showed this on Saturday mornings in the ’90s.

Hellsing stands as the quintessential vampire anime series in the mind of most fans, thanks to its wildly lovable anti-hero Alucard. Fighting the forces of the supernatural as a part of the Hellsing organization, Alucard unleashes hell in the form of bullets and teeth on all monsters to cross his path. Along the way, our vicious hero must help his new protege, Seras Victoria, deal with her newfound vampirism. Come for the gruesomely exuberant action, stay for the surprisingly nuanced character work.

The plot of Black Blood Brothers is familiar but it’s executed here beautifully. For 10 years an uneasy truce has existed between humans and vampires following a long and bloody war when a stray bite threatens to reignite the bloodshed. Jiro the Silver Blade, a mighty warrior from the first conflict, sets out for the Special Zone, a place where each side can meet in peace, in hopes of stopping another war. Steeped in vampire lore, Black Blood Brothers makes up for its occasionally clichéd storyline with clever world-building. Also, despite the name, this is one of the least gory vampire anime series you’ll find.

Viewers who have always longed for a horror-themed fighting anime will fall head over heels for the fun charms of Blood Lad. This light-hearted delight focuses on Starz, a vampire who has grown bored of being the most powerful being in the Demon World. One day he meets a human girl named Fuyumi who stumbles into the Demon World, only to watch her quickly die. Vowing to bring her back to life, Starz and Fuyumi’s ghost set out on a quest to find the Book of Resurrection, fighting anything in their path. Jumping between the Demon and Human Worlds, Blood Lad is full of loving winks to other series, occasionally breaking the fourth wall in the name of a joke. It creates a zany alternative to the Dragon Ball Zs of the world, one made all the better by incredible creature design. 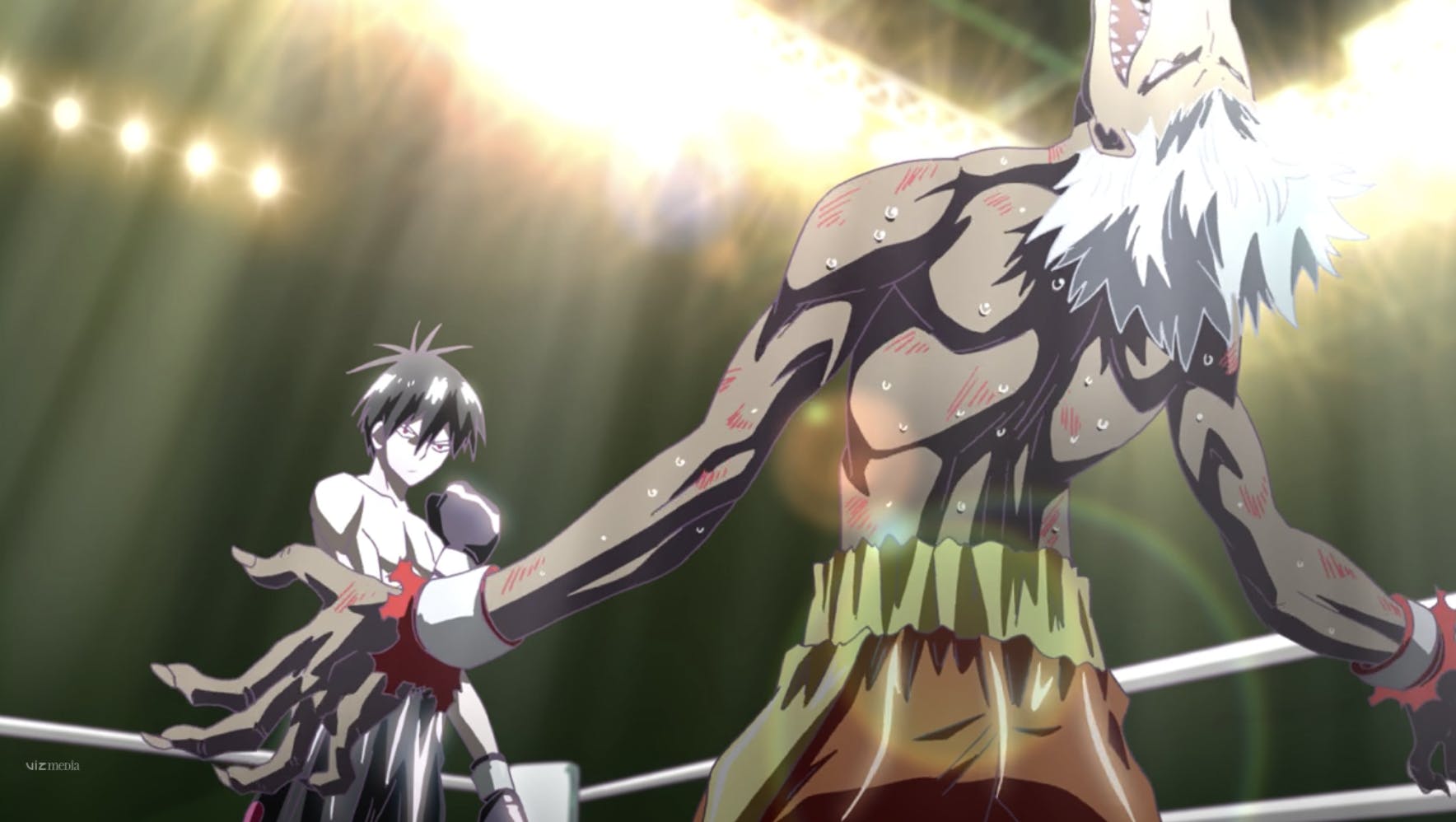 Hiding among mankind by day, ghouls hit the streets at night in Tokyo Ghoul, ready to gorge themselves on their neighbors. After surviving an attack, Ken Kaneki becomes the first-half-ghoul-half-human hybrid, but he soon learns that living in both worlds has gruesome consequences. Some may argue that Ghouls aren’t vampires, but they’re wrong. If you start to die from not drinking blood, you’re a vampire, even if you can shapeshift into more of a wolf. Darkly funny and almost obscenely violent, Tokyo Ghoul is a treat for anyone—just don’t try to watch it during dinner.

The second series in the Blood franchise is a change of pace from Blood+ and Blood: The Last Vampire, leaving behind its vampiric roots for a broader horror direction. Following a teen monster hunter in her quest against the Elder Bairns, this amalgamation of H.P. Lovecraft’s Great Old Ones and traditional Japanese folklore is full of twists and staggeringly graphic violence. Saya is a sympathetic heroine, which makes the atrocities she faces all the more harrowing while the beautiful animation makes each fight a thrilling bloodbath.

Vampire stories seldom ask you to sympathize with the monsters, but Shiki isn’t your standard vampire story. Beginning slowly as a mystery involving a series of unexplainable deaths, Shiki quickly escalates into a full-fledged exploration of blood-sucking fiends. With villains both alive and undead, Shiki doesn’t always make it easy to know who to root for, but that just adds to the drama. Plus if the mystery doesn’t move you, there’s a ton of staking to look forward to later in the series.

8) Dance in the Vampire Bund

All Mina Tepes ever wanted was a safe home for vampires. After centuries of hiding, she negotiates a special island called The Bund off the coast of Tokyo in exchange for paying off government debt. While her intentions are good, Mina finds her dream of man and vampire living peacefully together challenged by extremists on every side. Exploring what would happen if humanity found out monsters were real, this action-horror hybrid is a beautifully animated treat. There’s one warning we should offer, however. Princess Mina’s childlike appearance (even though she’s an ancient creature) leads to some awkward moments of nudity.

Here are the best anime movies of all time, some amazing anime couples, and fascinating facts about Cowboy Bebop.