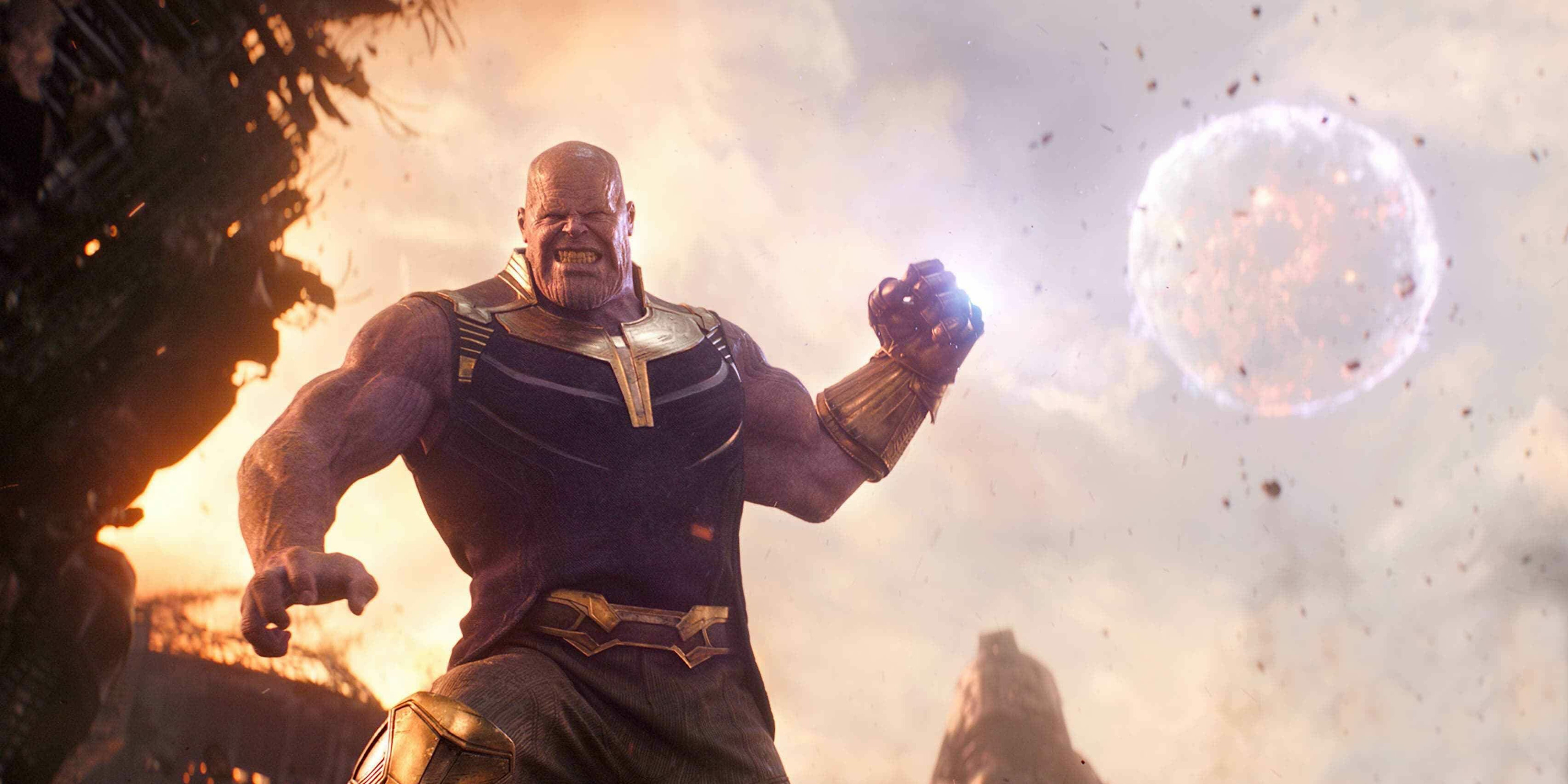 How I learned to love Thanos before ‘Avengers: Infinity War’

Onscreen, he seems worryingly boring. In the comics, not so much.

Marvel Studios has been hyping Thanos for what feels like my entire adult life. But in the run up to Avengers: Infinity War, I still wasn’t clear on why anyone should care.

At this point, we all know the best supervillains have a compelling emotional arc like Loki, Killmonger, or the Vulture in Spider-Man: Homecoming. Most others just fill a predictable slot in the hero/villain formula—and so far, Thanos seems to be exactly that. Unlike Black Panther, which marketed the political underpinnings of the conflict between Killmonger and Wakanda, Infinity War’s main selling point is its size. We’ve heard all about the massive supporting cast, and how impactful this war will be to the MCU. Thanos is meant to be world-endingly powerful, but that doesn’t necessarily make him interesting.

Admittedly, this is an odd way to engage with a movie we haven’t actually seen yet. However, it’s also how superhero movies always work. While you wouldn’t walk into Call Me By Your Name with this kind of pre-emptive judgment, superhero franchises encourage us to speculate and explore supplementary canon beforehand. Hell, half of the Winter Soldier’s appeal comes from fandom itself. With that in mind, I decided to engage with Thanos on his own level. Facing up to my doubts about his allegedly epic role, I delved into the comics to see what makes him tick.

Is Thanos really an interesting villain?

In my limited experience from other comics, Thanos was as he seems in Guardians of the Galaxy 2 and the Infinity War trailers: A looming figure who likes to kill people, but not for interesting reasons like, say, Hannibal Lecter. I expected it to be an uphill struggle to find him compelling as a protagonist, but it only took a few pages of Infinity Gauntlet to understand why Thanos has such longevity as a villain. Basically, he’s fun!

Published in 1991 from writer Jim Starlin and artists George Pérez and Ron Lim, Infinity Gauntlet is one of the most influential Thanos stories. It sees Thanos use the Infinity Stones to obliterate half the population of the universe, battling a superhero team including Thor, Iron Man, and Captain America. This provided much of the inspiration for the MCU’s Infinity War, with one key difference: Thanos’s motivation.

In the comic, Thanos kills people because he’s in love with Death, portrayed here as a silent woman in a black cloak. For the movie, they rewrote his “kill half the universe” plan as a misguided desire to combat overpopulation. This probably won’t be as entertaining as his thirst for a goth gf.

Infinity Gauntlet’s Thanos is histrionic, petty, and lacking in self-awareness. In the face of Death’s eternal disinterest, he launches wave upon wave of destruction to gain her attention. It doesn’t work. It’s a surprisingly insightful portrayal of a creepy man who desperately wants a woman to love him, without ever considering what she wants. He’s convinced that she’ll be impressed by genocide, giant space palaces, and him defeating the Avengers in combat, but her only response is to silently turn away. This makes him simultaneously terrifying and pathetic; a godlike tyrant whose key weakness is his inability to self-reflect.

With its bright color palette and rock’em sock’em fight scenes, Infinity Gauntlet feels rather retro for 1991. Recent Thanos comics are considerably darker, I note after dipping into Thanos Rising (2013), Infinity (2013), and Thanos (2016).

Thanos Rising rewrites his origin story as a teenage serial killer on Titan, groomed by Death throughout his childhood. (I preferred the original Infinity Gauntlet explanation, which felt more emotionally meaningful than “Death spent decades crafting Thanos into her plaything.”) 2016’s Thanos is probably the best of the bunch, leaning into the idea of Thanos as a power-hungry god whose egomania is supported by genuine strategic ability and determination. It introduces Thanos at his lowest ebb, deposed from leadership and dying of a mysterious illness.

Going into Infinity War this week, I’ve come to view Thanos from a couple of different angles. The first is as a professional wrestling heel, announcing himself with self-aggrandizing monologues as an undefeatable opponent. Rather than having a relatable motive, he just wants to destroy. He even has a stage persona, styling himself as the Mad Titan and reveling in his infamy.

While the professional wrestling analogy works for the earlier Thanos comics, contemporary Thanos feels more operatic; a mythic figure like Thor or Odin. In 2016’s Thanos, the supporting characters are funny, flawed and “human” (although most of them are aliens), while Thanos operates on a whole other level. Manipulated by Death, his son Thane usurps his position as a galactic superpower. As Thane becomes more of a threat, a team of space adventurers decide to bring Thanos out of hiding and have him depose his own son.

Of course, Thanos has a rather different view of this scenario than everyone else. Characters like Eros (Thanos’s brother) and Nebula (Guardians of the Galaxy) lead comparatively normal lives, with jobs and relationships and personal insecurities. Thanos, on the other hand, is unassailably secure in his identity as a god. He doesn’t have doubts or moral qualms. He sees mortality as a beatable foe.

To regain his full power, Thanos travels to the ends of the universe to meet with three witches, who present him with a test in the “God Quarry.” So far, so mythic. But there’s a twist. Instead of struggling with a lengthy challenge, he’s presented with a simple illusion: a world where he’s a beloved hero, joining the Avengers team. Within seconds of realizing what happened, he laughs uproariously and announces that he’d never succumb to this temptation. Unlike his son, who must be brainwashed into becoming a tyrant, Thanos wants nothing more than to be evil.

I’m curious to see how this translates to Infinity War, because superhero movies rarely lean into the full-throated cackling villainry of their source material. Thanos needs to be on a par with the Phantom of the Opera or Maleficent in Sleeping Beauty. Essentially, he needs to be a little bit campy, which is more the realm of the X-Men franchise than the MCU. Infinity War screenwriters Chris Markus and Steve McFeely did their best work on Captain America: The Winter Soldier, which is one of the most emotionally intimate Marvel movies—and one of the most obviously rooted in real-world politics and history. Neither of those traits scream “Thanos.”

For Thanos to work in a CGI-filled battle movie like Infinity War, his desire must be convincing. Whether he’s pining for Death or simply raining down destruction for his own ends, we need to understand the inherent hopelessness of his quest. Thanos doesn’t want to rule; he wants to annihilate. His goals are clear, but once he reaches them, we know he’ll be left feeling empty—the definition of “no more worlds left to conquer.” For Thanos, there is no such thing as a happy ending.