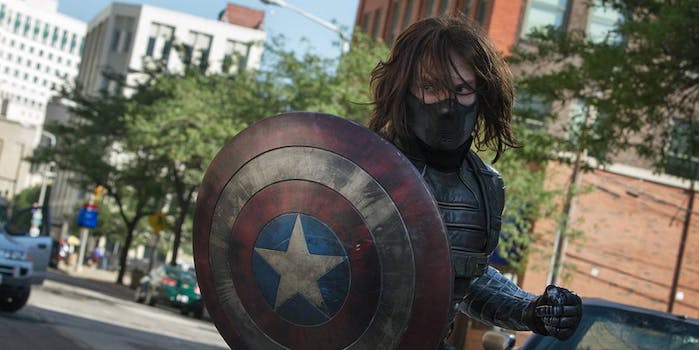 Embrace the tragedy of Bucky Barnes before you see ‘Captain America: Civil War’

Get ready for emotional devastation by revisiting the Winter Soldier's backstory.

Before watching Captain America: Civil War, here’s what you should do to maximize your viewing experience: wallow in misery. Specifically, the misery of Cap’s best friend Bucky Barnes, the ghost who haunts the background of the Captain America trilogy.

Bucky’s character arc is catnip to fans of tragedy, the only downside being his minimal screentime. This is where our pre-Civil War advice comes in. In order to fully appreciate the devastating impact of his role, you need to remember what he’s been doing for the past few years. Think of this as a healthy way to stretch your emotional muscles in preparation for the workout they’ll be getting during the actual movie.

Steve Rogers and Bucky Barnes grew up in 1930s New York, kicking off an ongoing theme throughout the trilogy: Everything Is Terrible. The happiest time of Bucky’s life was as a young man in Depression-era Brooklyn, a period when his chronically ill best friend could die at any moment. It was all downhill from there.

Arguably, Steve’s life got better after he joined the army. He was finally healthy and got to do what he’d always wanted: protect the helpless and fight bullies. However, this period lasted less than a year before Bucky “died” and Steve was frozen into a grief-stricken popsicle. 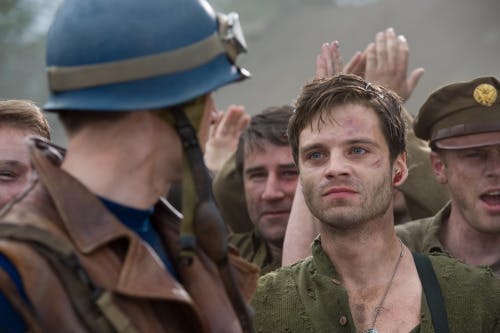 It’s important to remember that while Steve was determined to join the army, there’s no evidence that Bucky had a strong desire to become a soldier. Like thousands of other men who volunteered or were conscripted in the 1940s, he probably hoped to return to a normal life after the war. Obviously that never happened, and now it never will.

By the time Steve became Captain America and went to the front lines in WWII, Bucky had already been captured and experimented on by HYDRA. After his rescue he followed Steve on death-defying missions with the Howling Commandos, but while Steve was in his element as a military leader, Bucky was already traumatized by war. And then, of course, he fell into a ravine and was left for dead.

Bucky’s time as the Winter Soldier

As we know from The Winter Soldier, HYDRA’s mind-control techniques were horrifying. Bucky spent the latter half of the 20th century being brainwashed into assassinating people, having his memory wiped, and being repeatedly frozen and defrosted in a cryogenic chamber. We also know that while the Winter Soldier was a brutal killing machine, Bucky’s personality was still there, buried deep beneath the surface.

You can see a lot of this in Sebastian Stan’s performance, especially during the scene in The Winter Soldier when HYDRA’s Alexander Pierce (Robert Redford) demands a mission report on the Soldier’s fight with Captain America. Not only did Bucky recognize Steve, but Pierce’s response implies that he thinks the Winter Soldier is capable of reasoning. “Your work has been a gift to mankind,” he says. “You shaped the century.” Why bother making this argument to your brainwashed cyborg soldier, if not for the purposes of emotional manipulation?

In their shared scenes, Pierce sometimes seems almost paternal toward the Winter Soldier, before slapping him or ordering him to have his memory wiped. You can tell that the Soldier is conscious enough to fear pain and experience doubts about his mission, but is still unable to resist his conditioning.

One final thing to remember here: if Alexander Pierce got hold of the Winter Soldier by the 1970s or so, then it’s possible that Bucky might subconsciously associated him with Steve—another blond, square-jawed commander, whose orders he could actually trust. Have you seen a picture of a young Robert Redford recently? Right. In his youth, Alexander Pierce totally looked like Captain America.

Following the events of The Winter Soldier, Bucky is adrift. On top of the psychological impact of being tortured and cryogenically frozen for decades, he’s also on the run. He’s a wanted criminal, and he’s rightfully afraid of being used as a weapon again—which could easily happen if he gets arrested by the wrong people.

At the same time, he’s struggling with the guilt of killing hundreds of people. For more on that, we refer you to this Instagram comment from Sebastian Stan himself: 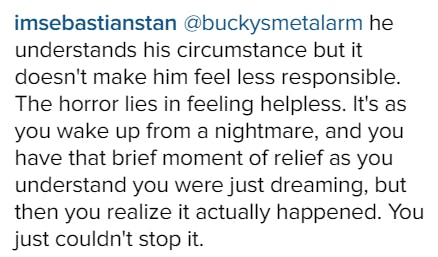 Finally, there’s the matter of Bucky’s backpack, an important background detail during Civil War. Bucky’s ever-present backpack looked a little dorky during the trailers, but guess what? Once Sebastian Stan revealed what was in the backpack, it immediately became just as gloriously miserable as everything else in this damn franchise.

As it turns out, the backpack is full of notebooks. Ever since his escape from HYDRA in 2014, Bucky has been writing down every one of the scattered memories he can remember. In the words of Sebastian Stan:

“In a similar way to Alzheimer’s, he’s written things down, for fear of losing his memory again. He was prepared, were something to happen, to walk away with nothing but that backpack, which is why it’s the only thing he takes and knowing full well that not everything those pages contain is pretty.”

Oh, and one more thing! Make sure to remember that Bucky’s greatest weapon and defining feature, his metal arm, was implanted in his body without his consent.

Feel the tragedy of it all? Now, you’re ready to watch Civil War.