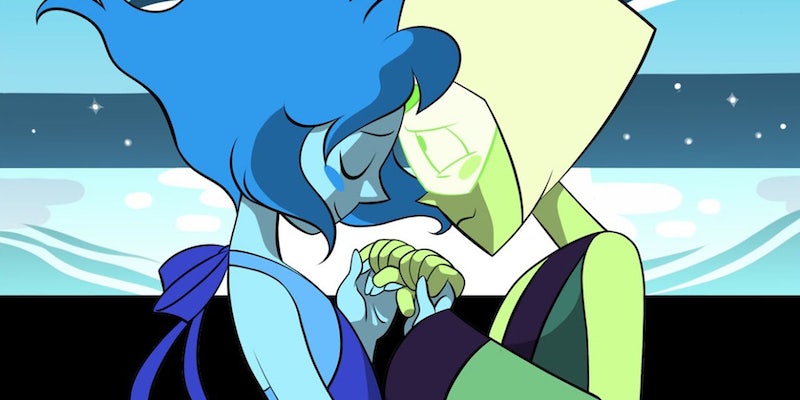 Artist Lauren Zuke deleted her Twitter account on Friday because of fans attacking her about the show.

Steven Universe storyboard artist Lauren Zuke deleted her Twitter account Friday after negative feedback from fans about a pairing of two of the show’s characters.

While Zuke’s account is gone, some fans screencapped her final tweets before she disabled it. It’s clear that Zuke was frustrated with the ways fans were addressing her. The Daily Dot has reached out to Zuke for comment. 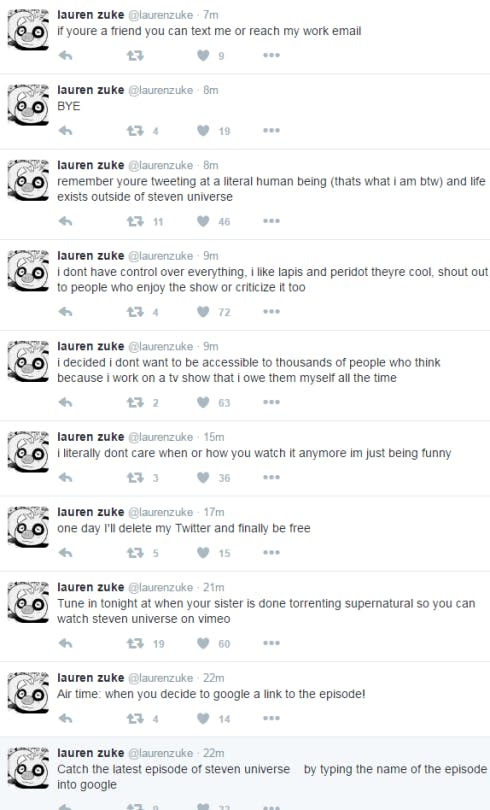 The revolt started after the airing of Steven Universe‘s 100th episode, “Beta,” when Zuke posted a drawing of two of the show’s characters, Lapis and Peridot, on her Tumblr. Fans are believed to have interpreted her drawing as support for shipping the two characters, a pairing that is called Lapidot in fandom circles. According to fan accounts, Zuke was attacked on Twitter by those who believed she was advocating the Lapidot ship over other fan-preferred pairings of the show’s characters (none of which are official canon). 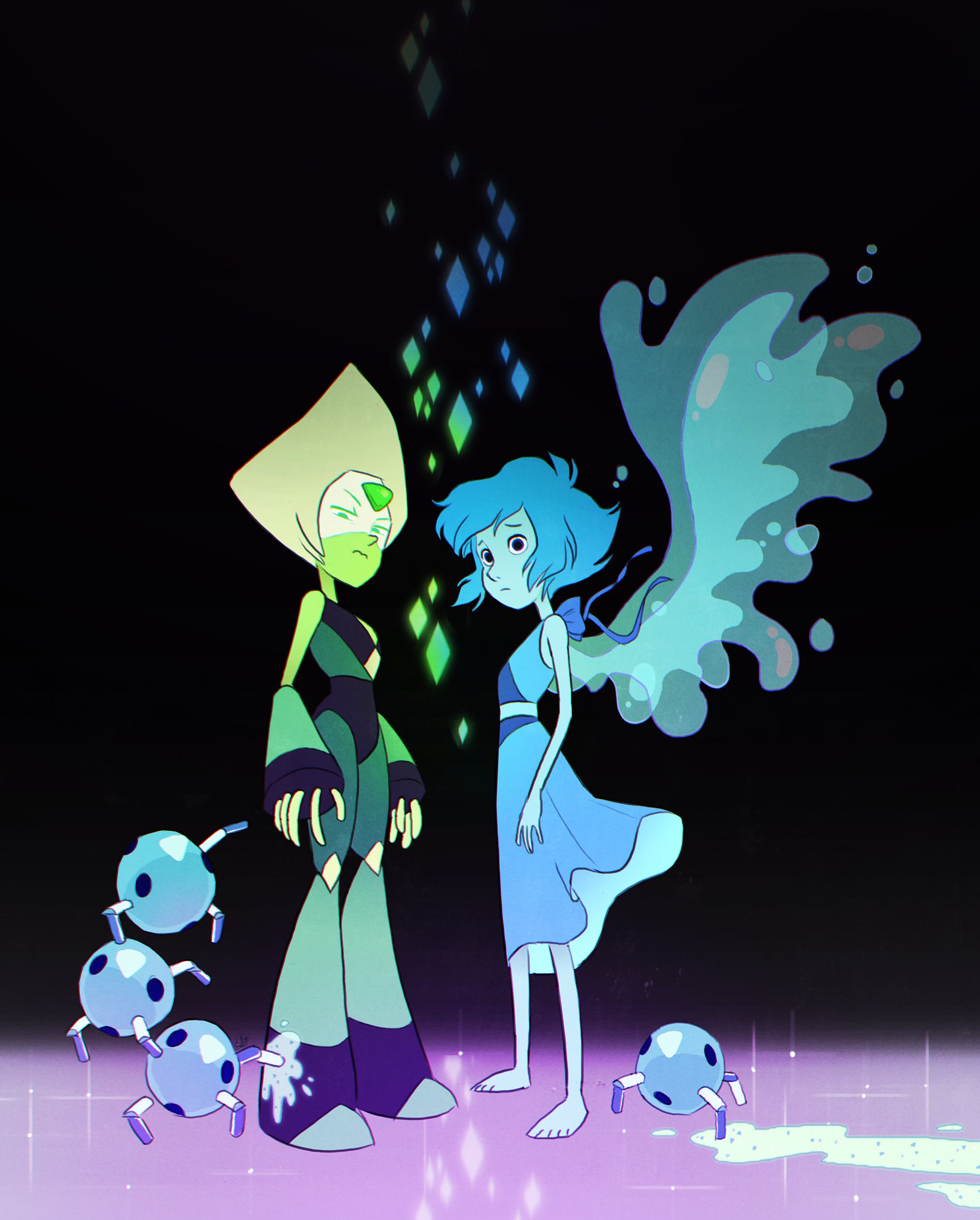 The incident spawned a Reddit post with hundreds of comments, with many fans claiming that Zuke was also accused of “queer baiting,” the act of teasing that same sex characters in a show may end up together—but then never do. This seems like misplaced judgement of Zuke, who has identified as openly gay on her Twitter account in the past.

The Steven Universe fandom has suffered similar problems before. In 2015, a fan artist named Zamii attempted suicide after being verbally harassed on Tumblr and accused of being sexist, racist, transphobic and more. An uproar followed Zamii’s hospitalization, very similar in tone to the one brewing on Tumblr now after Zuke’s departure. The majority of the voices support Zuke and express anger at the SU fandom’s behavior. Some drew fan art to show support at well. 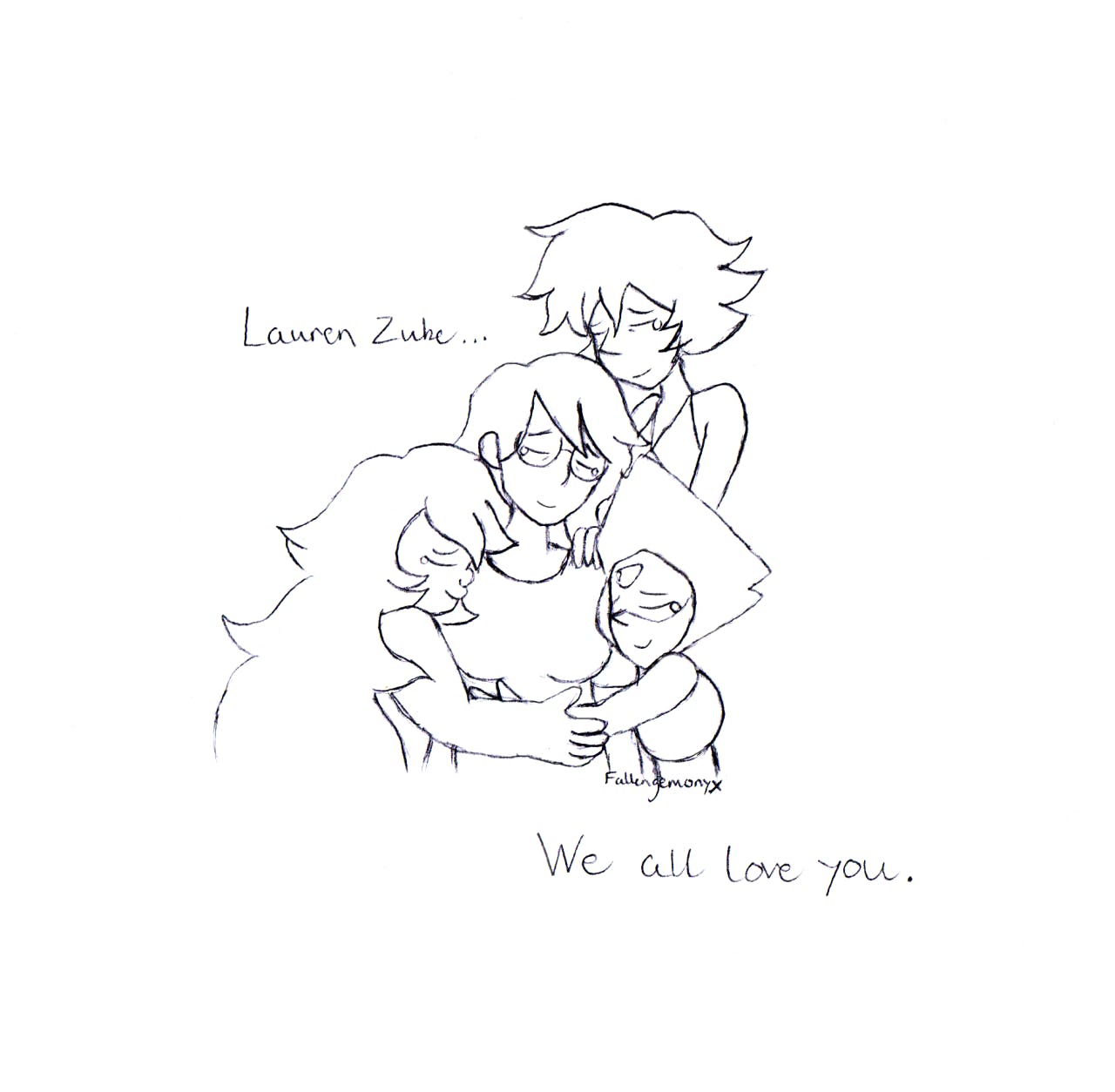 “Its amazing how a show like Steven Universe that’s about love can create such a fucking toxic, disgusting, repulsing and offensive fandom,” wrote one Tumblr user. “You assholes stand for everything this show isn’t.”