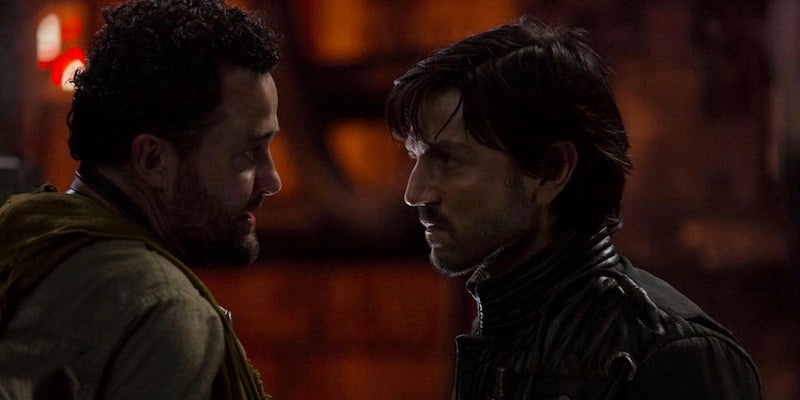 He played a major role in the 'Rogue One' reshoots.

The Cassian Andor live-action prequel series over at Disney+ is already reuniting stars Diego Luna and Alan Tudyk, but it’s also adding another familiar Rogue One name to the mix.

Variety is reporting that Rogue One co-writer Tony Gilroy is now working on the Cassian Andor series alongside showrunner Stephen Schiff. Gilroy, who has also written on the Jason Bourne franchise and garnered writing and directing Oscar nominations for Michael Clayton, will be tasked with writing the pilot and will direct several episodes.

Gilroy was brought onto Rogue One during the film’s reshoots, helping director Gareth Edwards both during and after the shoot and contributing enough to the script to receive a screenwriting credit. While his arrival and major contributions to Rogue One might have signaled trouble on many other productions, it largely received positive reviews from critics.

Little else is known about the Cassian Andor Disney+ series, which is a prequel series about the Rebel spy that Lucasfilm has called a “rousing spy thriller” that will encompass “tales filled with espionage and daring missions to restore hope to a galaxy in the grip of a ruthless Empire” and that Luna and Tudyk will reprise their roles as Cassian and Cassian’s reprogrammed Imperial droid K-2SO, respectively. But looping in Gilroy, who significantly contributed to Rogue One and is already familiar with the characters of Cassian and K-2SO, into the series indicates another level of cohesiveness and consistency in Cassian’s story outside of previously established canon.

In April, Lucasfilm indicated that the Cassian Andor series would premiere on Disney+ in 2021.