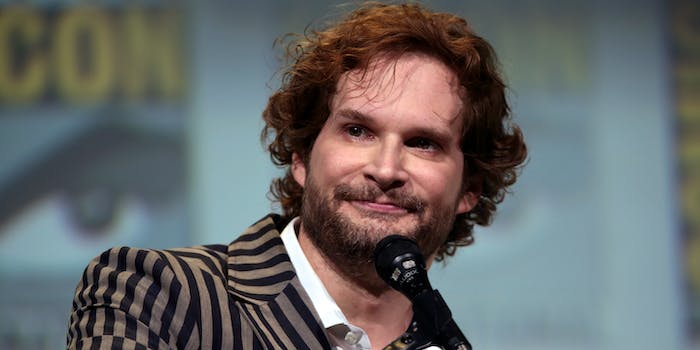 A new Entertainment Weekly interview dished the dirt on what happened behind the scenes.

Some of the reasons were already easy to guess. Fuller’s time was split between Discovery and American Gods, something that understandably caused friction with Discovery‘s network bosses at CBS. His vision also sounds like it was too ambitious for CBS’s tastes, initially pitched as an anthology show. He wanted to begin in the pre-Original Series era of Discovery, cycling through new crews until later seasons reached the distant future after The Next Generation.

CBS greenlit the first part of his pitch as a serialized drama, creating the blueprint for Discovery. Fuller simultaneously began work on writing, casting, and designing Discovery, while also acting as co-showrunner on American Gods—which experienced some unrelated growing pains itself. Production was further delayed by the casting of lead actress Sonequa Martin-Green, who had to wait until her character was officially killed off on The Walking Dead.

Then Fuller clashed with CBS over David Semel directing the pilot episode. Semel has extensive experience directing procedural dramas, and while he has worked on genre shows including Buffy and American Horror Story, Fuller wanted a different kind of director. According to Entertainment Weekly, Edgar Wright was one of the people Fuller approached to direct the pilot instead.

After more delays and conflicts over creative choices and the show’s budget, CBS asked Fuller to leave. He was quickly replaced by Aaron Harberts and Gretchen Berg, two writers who had worked closely with him on other shows.

Discovery‘s creative team was shaped by Fuller, including several previous collaborators like director Vincenzo Natali and cinematographer Guillermo Navarro. However, the show’s vision did change after his departure. EW reports that while the new showrunners worked from a “detailed template” set out by Fuller, CBS dropped “the more heavily allegorical and complex story line” and redesigned the uniforms, which Fuller wanted to look more like the 1960s costumes.

This kind of creative conflict is rarely a good sign. But while Fuller was a dream choice of showrunner, Discovery looks promising despite his departure. The trailers inspired an outpouring of excitement from fans, and interviews with the cast and showrunners suggest a thoughtful attitude to the franchise, retaining Star Trek’s optimistic themes and progressive politics. So until Discovery actually airs and people can make their own judgements, it’s best to avoid dwelling on what might have been.