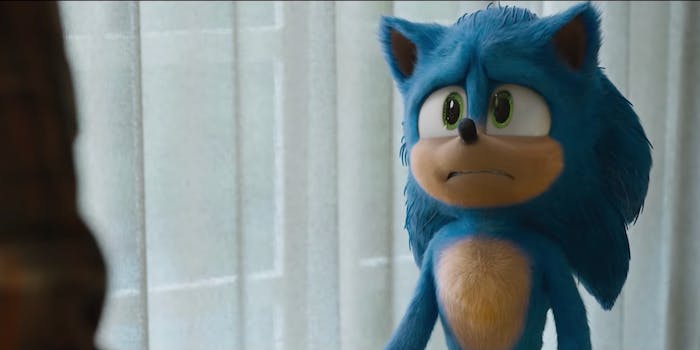 The ‘Sonic the Hedgehog’ redesign was led by a ‘Sonic’ artist

He's been working with the character for years.

The latest Sonic the Hedgehog trailer revealed the character’s cartoonish redesign, which received near-universal praise from fans after the backlash over the original and more realistic look led to Paramount going back to the drawing board. And as it turns out, one of the people hired to work on the redesign has a long history, both on and off the internet, with the character.

After the trailer’s online debut, artist and director Tyson Hesse revealed that he led the team who redesigned the look of Sonic in Sonic the Hedgehog.

Honored to have been brought in to lead the design on the new Movie Sonic. Working with Jeff and the modelers, riggers, texture/fur artists and animators in LA, London, and Vancouver was a thrill I'll never forget. #SonicMovie pic.twitter.com/HhcVIxAhXB

It's very comforting when people are happy about Sonic

Hesse has worked on Sonic the Hedgehog properties for years. He’s designed several covers for both Archie Comics and IDW Publishing’s respective Sonic the Hedgehog series. His Sonic work has also extended to video games like Sonic Mania, Sonic Mania Adventures, and he’s responsible for the Sonic Mania Plus pre-order trailer. Each iteration of Sonic that he makes might vary from the last, but it never shies away from the character’s iconic cartoon-esque feel.

He’s also responsible for the infamous “Nipples the Enchilada” Sonic webcomic, which has endured nearly a decade since he first posted it.

The REAL Sonic glow up is Tyson Hesse making Sonic fan comics with Nipples the Enchilada to leading the design of Sonic the Hedgehog in a Hollywood movie.

We still don’t know how the actual Sonic the Hedgehog movie will be, but if the trailer is any indication, the work of Hesse and the animators have ensured that it will look great.

omg if you look in the background of one scene in the new sonic movie trailer you can see sonic doing his ledge animation it's perfect pic.twitter.com/gO8aHV6l2B