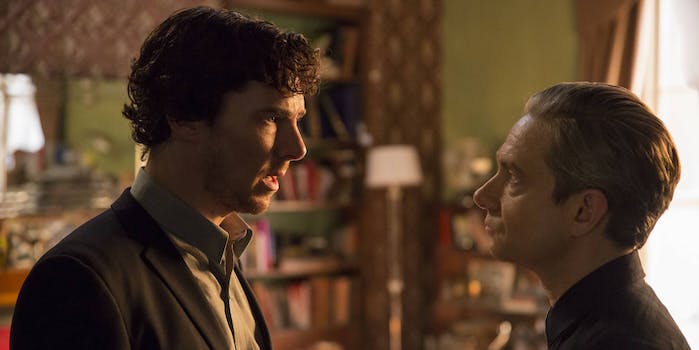 Warning: This review includes spoilers for “The Lying Detective.”

Who could’ve guessed it? The mystery at the heart of this week’s Sherlock was secretly all about Sherlock himself.

In earlier seasons, Sherlock’s self-absorption was portrayed as an obnoxious quirk. He thinks the world revolves around him, and characters like John Watson and Lestrade are there to remind him that he’s wrong. “The Lying Detective” was a 90-minute lesson in why everything actually is about Sherlock Holmes, including the death of his friend’s wife, and the discovery of a terrifying serial killer whose victims don’t even warrant names or screentime of their own.

Inspired by the classic Holmes story The Dying Detective, this episode introduced Toby Jones as Culverton Smith, a celebrity philanthropist and serial killer. He gets his kicks from confessing his crimes and then drugging his confessors so they forget what he said, making him exactly the kind of diabolical villain who leaves a handy trail of clues for Sherlock to follow. He also has terrible teeth, “symbolic of the rot inside him,” because no one can ever accuse Sherlock of being subtle.

At any other time, Culverton Smith would’ve been easy to catch. Why not just plant a bug in the room where he confesses to all his murders? But after the death of Mary Watson in last week’s episode, Sherlock is drowning his sorrows in an unspecified cocktail of drugs. 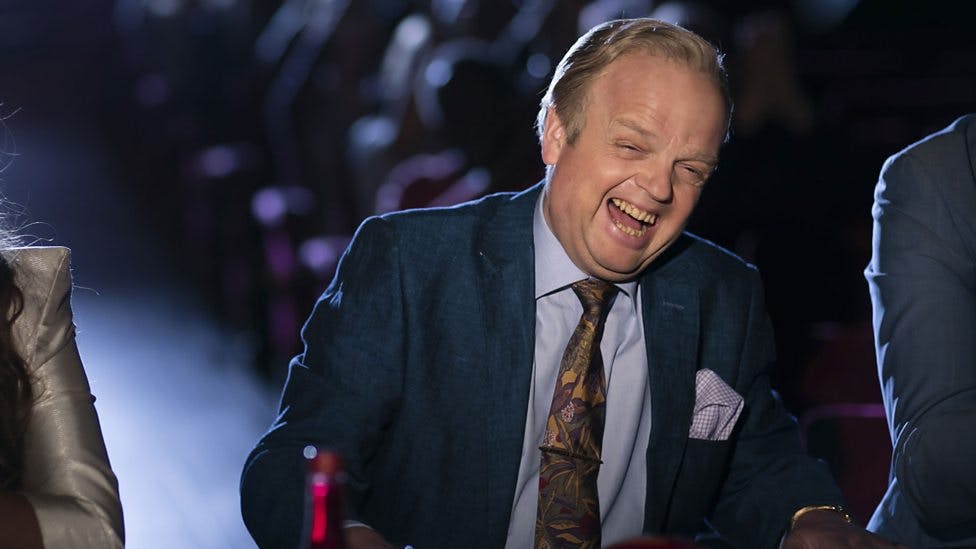 It’s always interesting to see how Holmes adaptations choose to depict his drug use. CBS’s Elementary is sensitive to the realities of addiction, while House, MD put the lead character’s Vicodin habit in the foreground. Sherlock‘s version feels more like a 13-year-old’s ill-informed imaginings of “this is your brain on drugs,” with Sherlock waving a gun around, walking up walls, and telling people that he feels “psychedelic.” Since this tangle of visual effects and manic behavior was no less coherent than your average Sherlock episode, it wasn’t very effective.

Like last week’s episode, the mystery of Culverton Smith turned out to be a machiavellian plot by a woman working behind the scenes: Euros Holmes, the “secret” Holmes sibling (with a little help from Mary Watson, working from beyond the grave.) This new wave of female villains is a welcome response to years of criticism aimed at Sherlock‘s sexism, but Euros still follows an oddly specific formula for the show’s female characters: All too often, their intelligence is treated like a plot twist. 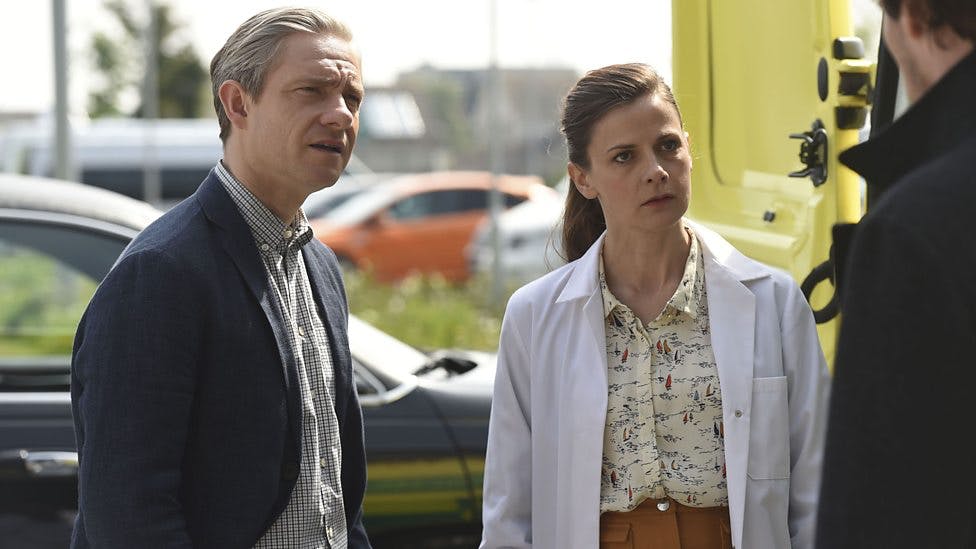 Euros warranted two shocking revelations. We discover that she was hiding under Sherlock’s nose all along, and we learn that (gasp!) the third Holmes brother isn’t a man after all—a “twist” that surely doesn’t qualify as a twist in the 21st century. In next week’s episode, we can expect Euros to go the same way as Mary, Irene, and the others. This unexpectedly clever woman will be outsmarted by Sherlock Holmes, proving his supremacy once again.

Never mind that the episode hinged upon Sherlock simultaneously being a genius investigator, and failing to recognize his own sister in a wig. A sister who, like everyone else in the show, is motivated by a pathological obsession with Sherlock Holmes.

The episode hinged upon Sherlock simultaneously being a genius investigator, and failing to recognize his own sister in a wig.

Our main villain, Culverton Smith, will elicit very different reactions from British viewers compared to audiences overseas. To viewers in Britain, he’s an obvious allegory for Jimmy Savile, a TV personality and notorious sexual predator. Savile’s public persona was ostentatiously creepy and his crimes were an open secret among celebrity and media circles, yet his behavior only became public knowledge after his death in 2011, prompting a massive investigation into decades of sexual abuse and related cover-ups by Savile and his associates. His status as a philanthropist allowed him access to vulnerable patients in hospitals, an idea that Sherlock borrows for Culverton Smith’s H.H. Holmes-inspired murder hospital.

In some ways, Culverton Smith is an interesting subversion of villain characters (in Sherlock and elsewhere) who seem egregiously evil yet remain unpunished. We know he’s guilty, but we also know why he’s getting away with it. In the end, the only reason he goes to jail is because he confesses out of a desire to increase his own infamy—a grim conclusion to a grim story.

But while Smith is based on a relatively thoughtful view of public villainhood, it feels distasteful to take inspiration from Jimmy Savile like this. Not because it shouldn’t be done at all, but because of the way writer Steven Moffat reframed the story for Sherlock. Like all of the show’s villains, Smith’s role is to provide a kind of chess partner for Sherlock. We never see his victims or the impact of his actions, and the main focus is on his sadistic genius. Even after he’s been caught, the show never lingers on the moral victory of arresting a serial killer. The real payoff is John and Sherlock being reunited, circling back to the main theme of the show: everything is always about Sherlock, and the most interesting stories focus on intellectual struggles between powerful white men. Back in the real world, Jimmy Savile’s alleged victims number in the hundreds.

Does Sherlock intentionally aim for a tone of pure amorality, or is this just an accidental side-effect of the main character’s personality? Either way, “The Lying Detective” ended on a pair of decidedly unpleasant notes. Culverton Smith’s arrest was already a bittersweet victory, but in the final scenes of the episode, we learn that the entire investigation was orchestrated around John and Sherlock. Euros manipulated Culverton Smith because she’s obsessed with Sherlock, and Mary manipulated Sherlock into creating a situation where John could feel like a hero by saving his life.

Then, there’s the conclusion of John and Sherlock’s brief separation, co-starring Mary Watson as a selflessly supportive ghost. As a figment of John’s imagination, she forgives John’s text-based flirtation with the random woman he met on the bus—easily one of the worst storylines in the show’s history, torpedoing John’s characterization as a deeply loyal man. This week’s twist—that the woman was Euros Holmes all along—piled indignity upon indignity. John’s moral absolution is given more emotional weight than the actual grieving process, making us wonder once again if we’re actually meant to like any of these characters at all.