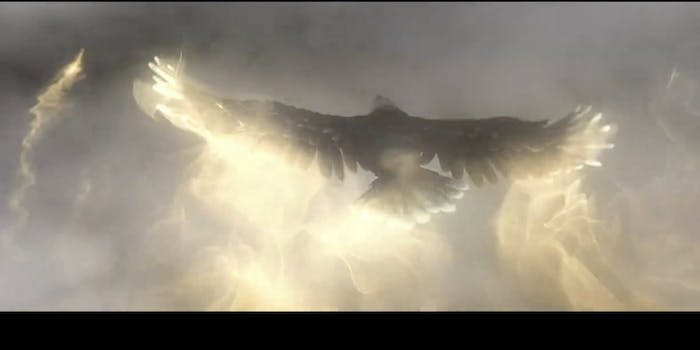 Day three of Rowling's week-long reveal deals with the total segregation of wizards.

J.K. Rowling continued to unveil important facts about the historical Wizarding World on Pottermore today—this time a disturbing moment concerning a clash between wizards and their sworn enemies.

So far the Harry Potter author’s look at magic in North America has dealt with Native American magic—though not without considerable backlash—and the relationships between colonial wizard settlers and No-Majs (North American muggles). We also learned about the beginning of a magical wizarding congress, MACUSA, and dark wizard mercenaries called Scourers who went underground and ultimately led to a line of puritanical No-Majs determined to stamp out magic in the new world.

That takes us up to the late 18th century. Most European wizards and witches fled the colonies after the Salem Witch Trials, but their descendants in the U.S. survived while still being hunted by Scourer descendants. Rowling’s latest update describes how a Scourer descendant named Bartholomew Barebone manipulated a young woman named Dorcus Twelvetrees—the daughter of a MACUSA official who was “as dim as she was pretty.”

In an attempt to counteract the harmful and embarrassing effects of Dorcus’ leak, the wizard congress enacted Rappaport’s Law, named after MACUSA president Emily Rappaport. Until this moment in U.S. history, witches and wizards could marry freely outside the magical community, and could have No-Maj friends as long as the friends were discreet. But no longer. Rappaport’s Law instigated complete segregation of wizarding communities in the U.S., a move that drove the few remaining wizards in the country “still deeper underground.”

For our part, we’re choosing to believe Dorcus wasn’t “dim” at all, but rather a covert lone operative who spent years secretly collecting government docs and hiding them in her vanity mirrors while she waited for the right No-Maj dupe to come along and spill her secrets to the world.

Tomorrow’s final update will take us into the 20th century and the modern-day setting of Fantastic Beasts and Where to Find Them. Will the law have changed by then? Or will Newt Scamander come to a New York City teeming with magic—and a scared wizarding population still in hiding?

We can’t wait to find out!