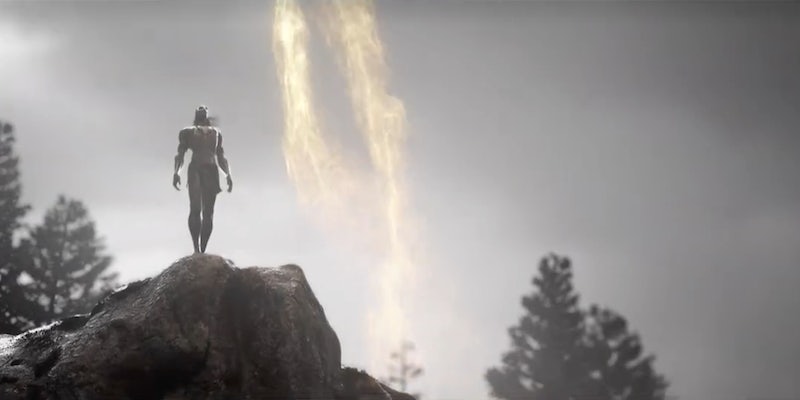 J.K. Rowling is already challenging everything we know about North American history with the first of four wizarding history lessons on Pottermore.

The first new piece of writing from Rowling landed on Pottermore this morning, which focuses on the 14th to the 17th century. Here, she reveals the relationship between European, African, and Native American wizards and witches that began at least as early as the Middle Ages—centuries before anyone “discovered” America on a ship.

They could apparate to one another, fly across the Atlantic by broom, or speak with premonitions and visions, so communicating between countries was never a huge issue. It was through those means that the magical communities discovered that they were very similar in regards to how magical blood spread (or appeared) and the attitudes they took towards Muggles and No-Majs, and it suggests that there was a tolerance between magical cultures, falling in line with the state of 1920s New York.

.@ridd1kulus No, there was mutual respect and a sense of kinship between all wizards, no matter what their race.

Native American witches and wizards shared a gift for wandless magic like their African counterparts. Wands were a European invention.

Depending on the tribe, some members of the Native American magical community were shunned for their abilities while others were applauded, and according to Rowling, some of them were gifted hunters and healers.

But as often happens, the skills associated with Animagi—a rare skill in the modern-day magical world—were twisted into a dark legend by No-Majs afraid of being exposed as frauds.

.@Weasley_dad In my wizarding world, there were no skin-walkers. The legend was created by No-Majes to demonise wizards.

You can read Rowling’s latest writing on Pottermore.