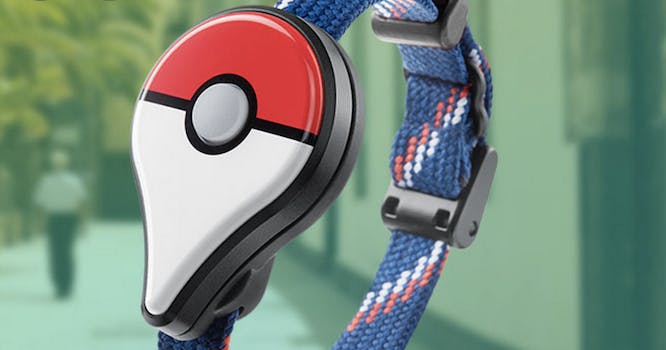 The Pokémon Go Plus accessory is delayed until September

The release of the Bluetooth device has been pushed back according to Nintendo.

Bad news if you’re dying to get your hands on the Pokémon Go Plus accessory to make your Pokésafari adventures a bit more stealthy. The device is delayed to September, according to Nintendo.

The #PokemonGO Plus accessory will now be released Sept 2016 instead of the originally expected end of July launch. https://t.co/QgjZf1aAV6

Preorders appear to be sold out on Amazon and GameStop for what was scheduled to be a July 31 release in the U.S.—yet another testament to Pokémon Go‘s massive popularity.

This little device connects to your Andriod or iOS phone via bluetooth, and notifies you when there is a Pokémon or PokéStop nearby by lighting up and vibrating. You press a button on the device to collect items from the PokéStop or to capture the nearby Pokémon.

But be warned! There is one essential function the device can’t do, which is catch new Pokémon. It only notifies you if the Pokémon in range is one you have caught before.

It seems super handy if you’re trying to up your Eevee stock, but not so much if you’re hunting for super rare catches!