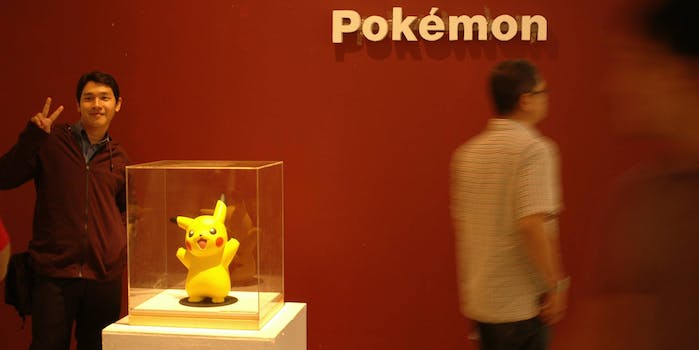 You already know that Pokémon Go is a phenomenon, but it might be even bigger than you can possibly imagine.

According to data gathered by online survey company SurveyMonkey, Pokémon Go is the largest mobile game in U.S. history. The game has already achieved 21 million daily active users, surpassing the previous record of 20 million held by Candy Crush Saga at the peak of its popularity.

It’s worth noting that Candy Crush Saga reached 93 million total daily active users internationally so it would likely still hold the title when accounting for global players, at least for the time being.

Pokémon Go hasn’t made it to much of the world yet, available just in the U.S., Australia, and New Zealand. It’s not hard to imagine it rivaling or surpassing Candy Crush Saga, given the Pokémon series of games have sold over 279 million units as of earlier this year.

SurveyMonkey’s statistics found that there are more people using Pokémon Go on a daily basis than are logging into Twitter. On Android specifically, the go-to game for wannabe Pokémon trainers is beginning to encroach on the territory of Snapchat, which recently passed Twitter to become the second most active social networking app, when it comes to daily active users. Pokémon Go rivals Google Maps in terms of daily active users.

Those users who are logging into Pokémon Go every day are also actively exploring their neighborhood to hunt down the pocket monsters located around them.

According to data provided to the Daily Dot by wearable technology company Jawbone, Pokémon Go players who wear the Jawbone fitness tracker took 62.5 percent more steps over the weekend than they normally do on Saturdays and Sundays. 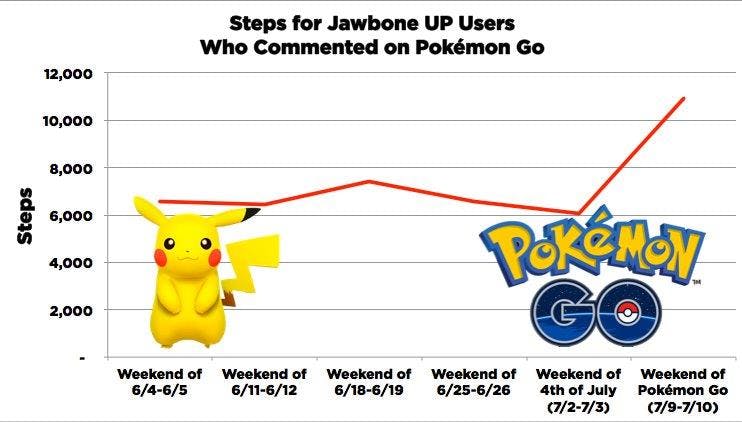 The information matches with personal accounts from players who claim the app has gotten them to be more active as they pursue Pokémon—though there have been some players who have searched for workarounds, like attaching a phone to a drone, to lessen their walking load.

The need to catch ’em all doesn’t just have users out and about with more regularity, but it has them talking more as well—at least digitally.

The community-centric social networking app Nextdoor has turned into a bulletin board for local Pokémon trainers. According to data provided to the Daily Dot by a representative for Nextdoor, the service has seen a whopping 2,365 percent increase in the number of posts about Pokémon since the launch of Pokémon Go.

That huge uptick in posts are primarily about people pointing out locations of nearby Pokémon and gyms or organizing hunts. But there have also been 133 instances of crime and safety posts on the topic—primarily as a means of keeping others from calling the police when they see a large gathering of Pokémon trainers in the area.

“Neighbors are increasingly using Nextdoor to proactively explain the game so their neighbors don’t become confused or paranoid,” the representative told the Daily Dot.

There are ppl organizing Pokemon hunts on my Nextdoor app. What a time to be alive.

Guess we picked the right neighborhood. Someone just announced on @Nextdoor that they were about to drop a lure at the nearest pokestop.

My NextDoor neighborhood page has blown up with reports of youths pacing and lurking. Neighbor convinced Pokemon is the name of a new gang.

According to Nextdoor’s representative, there has also been six urgent neighborhood alerts posted that were related to Pokémon.

The best part of the Pokemon game – old people on Nextdoor. They're freaking out people are stopped on the sidewalk by their houses to play.

Highlight from NextDoor today: Please don't play Pokemon Go in the middle of nhood street at 1am cuz it creeps everyone out.

My NextDoor neighborhood page has blown up with reports of youths pacing and lurking. Neighbor convinced Pokemon is the name of a new gang.

While many posts warn others not to call the cops, in one instance the police got involved in an unexpected way: the captain of the La Vista, Ne. police department posted an event to go on an “impromptu hunt” for Pokémon with the local authorities in a neighborhood park.

Check out PokeMon GO! With Police on Wed, Jul 13 https://t.co/Qy3JIQhHFv via @Nextdoor

All the data put together start to give you an idea of just how big Pokémon mania truly is. Not only has it surpassed Twitter, one of the biggest social networks in the world—which now consists primarily of tweets about Pokémon Go—but it’s also accidentally made people more active and has turned other services into ways to communicate into makeshift Pokémon forums.

It might be the augmented reality that makes Pokémon appear in front of us, but the information from a variety tech companies prove it’s truly a Pokémon world and we’re just living in it.