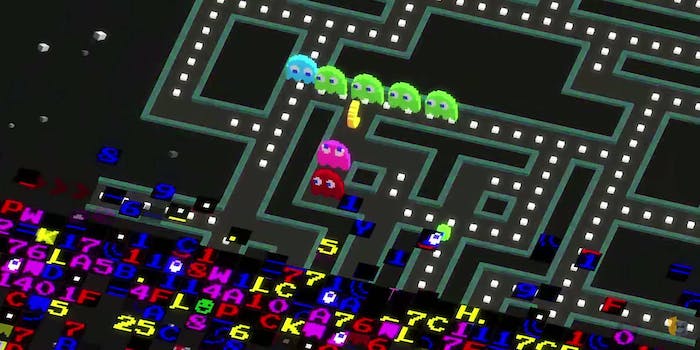 Only the veteran Pac-Man players will remember this glitch.

Remember playing Pac-Man in an arcade and getting to the 255th level No? Well, if you were savvy enough to actually get that far and then proceed to the 256th level, you would have seen a famous glitch, in which the right half of the screen turned into a garbled mess or letters and numbers.

Now, because nostalgia is everything, that garbled mess is going to be the villain in a new Pac-Man mobile game. How cool is that?

Pac-Man 256, which is being developed by the studio Hipster Whale, is a pretty cool twist on the classic Pac-Man formula. As you try to gobble up as many dots and ghosts as possible, the bottom portion of the screen will quickly start eating away at the landscape.

Hipster Whale previously brought us the insanely popular game Crossy Road. Right now, Pac-Man 256 is slated for a summer release on iPhone and iPad, but here’s hoping that it also gets an Android and Windows Phone port as well.