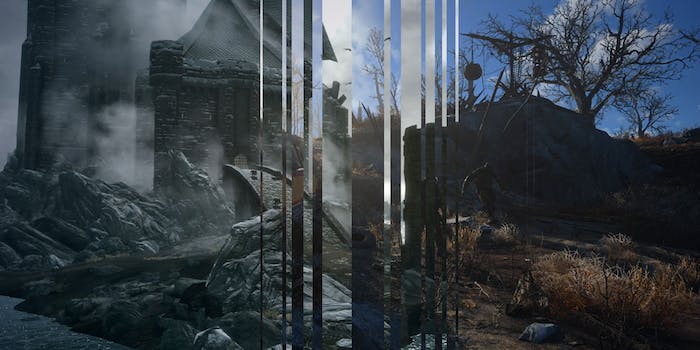 PlayStation 4 fans will miss out on what Xbox One fans have enjoyed for months.

Bethesda today announced that Fallout 4 and Skyrim Special Edition on the PlayStation 4 will not receive mod support, and suggested that Sony’s mod-approval process is to blame.

Mods have long been a deeply rooted aspect of Bethesda’s fan culture, from wholesale recreations of old Bethesda games using modern graphics technology, to funny alterations like replacing dragons with Thomas the Tank Engine. Modding Bethesda games was exclusively the province of PC gaming until Bethesda at E3 2015 announced that Fallout 4 on consoles would receive mod support.

“After months of discussion with Sony,” Bethesda announced on its blog, “we regret to say that while we have long been ready to offer mod support on PlayStation 4, Sony has informed us they will not approve user mods the way they should work: where users can do anything they want for either Fallout 4 or Skyrim Special Edition.”

The implication is that Sony wanted to exercise more control over mod approval than Bethesda was willing to accept. Mod culture is all about free-wheeling alterations by way of expressing a modder’s creativity, and Bethesda has taken a light hand in deciding what mods are or are not appropriate for its games.

We reached out to Sony and Bethesda for clarification on what, precisely, was the logjam. A representative from Bethesda told the Daily Dot, “The information that we can share is in the post we put up this morning.”