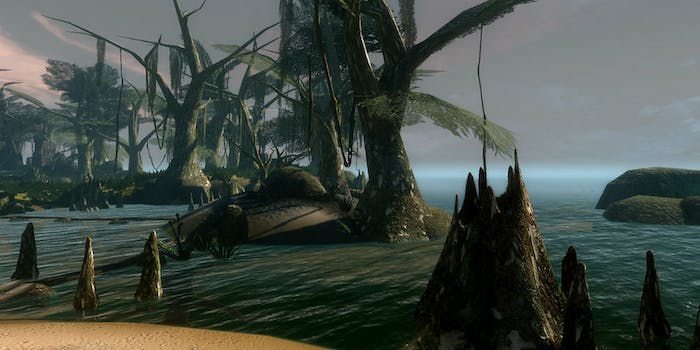 You can voice a character for the latest ‘Elder Scrolls: Morrowind’ revamp

Have a great voice? Put it to good use in this video game.

The Elder Scrolls Renewal project updates older Elder Scrolls games, which stretch back to Arena in 1994, into modern graphics engines. TES Renewal needs voice actors for their Morrowind update, and you can audition.

Skywind is an entirely fan-driven project, fueled by the efforts of volunteer developers. The project needs volunteers not only to help provide quality assurance for existing voice work, but also to provide fresh voice acting for the project.

The voice work at the beginning of this promotional video is annoying, at best, but consider it a metaphor as to what happens when video games don’t have very good voice actors. It’s also, therefore, why providing some voiceover material could meaningfully improve the results of the upgrade. If the Skywind project excites you, and you have a nice voice, considering helping.

For Elder Scrolls fans, the Skywind project is tantamount to a rebirth of Morrowind. To give you an idea as to the kind of upgrade this represents, Morrowind was released in 2002. The minimum PC specifications according to the game listing on Steam, are a 500 MHz processor and 256 MB of RAM. Skyrim was released in 2011. According to its Steam page, the minimum PC specifications are a dual core 2.0 GHz processor and 2 GB of RAM, which very roughly equate to about eight times the power needed to run Skyrim, versus Morrowind.

To run the Skywind mod, players require legit copies of both Morrowind and Skyrim. If you doubt that TES Renewal can pull off a project of this magnitude, they already tackled a similar upgrade for Morrowind. The Morroblivion project ported Morrowind into the game engine for The Elder Scrolls IV: Oblivion, which was released in 2006. You can read the history of Morroblivion here.