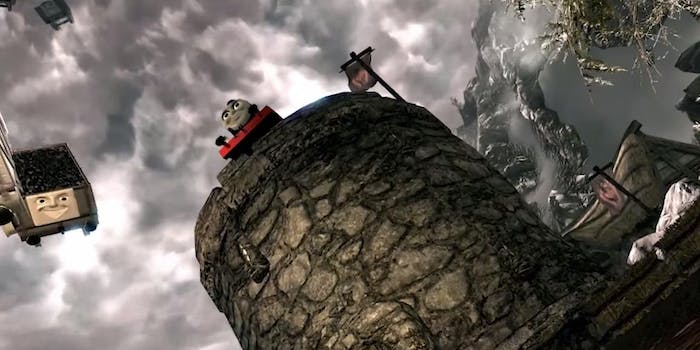 Thomas the Tank Engine attacks in this ultra-modded Skyrim

If you thought being attacked by a dragon was terrifying, wait until you’re under assault from a flying train.

The Elder Scrolls V: Skyrim has birthed some amazing mods over the years. We found a PC gamer who seems to be using all of them. At once.

PC gamers prize freedom of choice. They brag about how consoles are closed boxes, whereas a PC gamer can liberally tweak and upgrade pretty much everything. They can do the same with their games, adding as many mods and improvements created by the gaming community as they please.

Lightsabers, a giant Tails from Sonic the Hedgehog, killer children’s book characters, and the famous Macho Man Randy Savage dragon all make appearances in what must be the ultimate Skyrim. Prepare yourself.