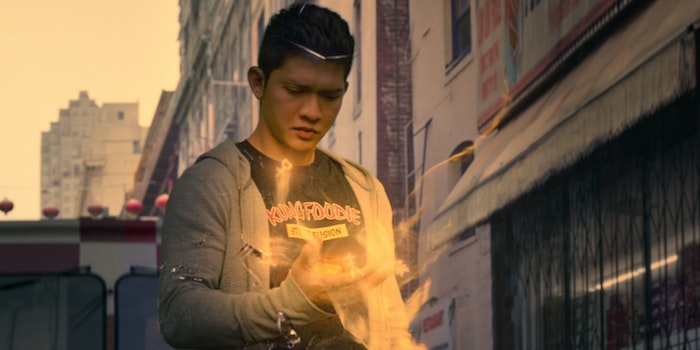 Basically, Wu Assassins looks like the version of Iron Fist everyone wanted all along: An urban martial arts drama with mystical elements, featuring a predominantly Asian cast of performers who actually know how to fight. Just to drive the point home, the hero glows with golden “chosen one” energy within the first 15 seconds of the teaser. (Not that we’re suggesting Wu Assassins borrowed the idea. In fact the original Iron Fist comics were heavily inspired by 1970s kung fu movies, so this is more a case of certain themes coming full circle.)

The trailer introduces Iko Uwais as Kai Jin, a young chef in San Francisco’s Chinatown. When he gains the powers of the Wu Assassin, he uses his newly enhanced martial arts skills to fight organized crime in the city. The supporting cast includes Katheryn Winnick (Vikings), Lewis Tan (Into The Badlands), and Byron Mann (The Man with the Iron Fists). Firefly actress Summer Glau and Hong Kong kung fu star JuJu Chan both have supporting roles.