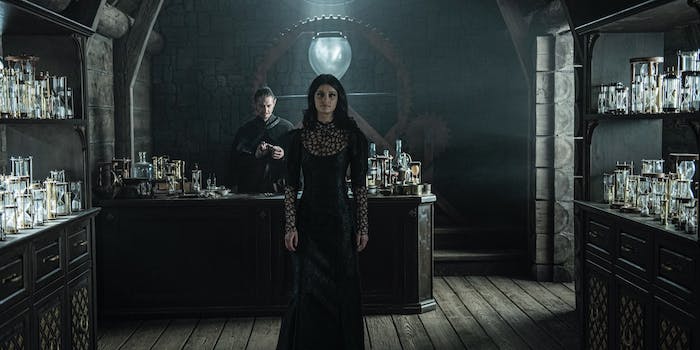 The showrunner dropped the pitch in the show's subreddit.

Whether or not it worked for you, The Witcher has an intricate vision that juggles multiple complex stories. And now that we have the finished product, showrunner Lauren S. Hissrich is revealing what she originally envisioned for Geralt, Yennefer, and Ciri.

Over the weekend, Hissrich, who’s been interacting with fans of the series online since the first season dropped on Dec. 28, visited r/netflixwitcher to reveal a bit of behind-the-scenes insight. Her post on the subreddit detailed what happened in her original pitch meeting with Netflix, which she said took place on Nov. 29.

“Some things have changed,” Hissrich wrote. “For instance, after searching all over the world for a 12-year-old Ciri – and then realizing that a lot of her scenes were at night, for which filming is highly restricted for minors – we aged that character up. Yennefer, too, was originally written into the pilot – until I realized I’d written a feature-length film, not an hour-long show.”

Just from a storytelling perspective, it’s always fascinating to see which parts of one creator’s original plans make it all the way to the final product and which parts are dropped, changed, or reworked along the way when more people start collaborating. But according to Hissrich, most of what she wanted to do with The Witcher’s first season made it into the show, including the most vital touchstone: the three intersecting timelines of Geralt, Yennefer, and Ciri.

Hissrich’s openness about making The Witcher also extends into revealing the original plan for the final scene of season 1.

And if you’re still confused about the multiple timelines that The Witcher juggles throughout the first season, Netflix has you covered.

A quick crash course in the multiple timelines of The Witcher. #TheWitcher pic.twitter.com/qdBVq7ih7R