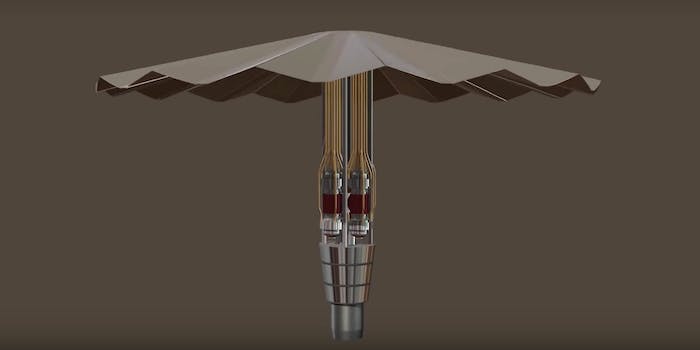 A NASA nuclear reactor known as Kilopower could result in longer, farther, and faster space travel for astronauts after successfully passing “a battery of tests,” Business Insider reports.

Researchers announced Wednesday that a prototype of Kilopower just passed a two-fold experiment to see if the system could produce electricity with fission power and maintain safe and stable conditions, “no matter what environment it encounters.”

The experiment took five years to design and determined Kilopower is safe enough to work in space, a finding that could lead to “unprecedented exploration” of the moon, Mars, and other areas of the solar system.

The reactor will achieve this by helping “generate enough power to run systems that are vital to a long-term presence in space,” according to Business Insider.

“When we start sending astronauts for long stays on the Moon and to other planets, that’s going to require a new class of power that we’ve never needed before,” said Marc Gibson, lead Kilopower engineer at Glenn Research Center in Cleveland, in a NASA news release.

Kilopower could potentially supply the power for human crews on Mars’ surface to “energize habitats” and transform resources such as ice into oxygen, water, and fuel.

Kilopower is capable of producing up to 10 kilowatts of electrical power, “enough to run several average households continuously for at least 10 years,” according to NASA. The “patio-umbrella-shaped” reactor is “practically immune” to melting and runs on fission, a process that happens when atoms split to shoot out one or more neutrons.

Fission releases “gobs of energy,” and can sustain a chain-reaction for a long time if the right element is used. Uranium-235 is apparently just the right atom for the reactor, enabling the system to run for 28 hours at full power during one experiment.

“This test proved that the system works the way we designed it to work,” Gibson said. “No matter what environment we expose it to, the reactor performs very well.”

Researchers who worked on Kilopower said the reactor is “incredibly safe” to use, even in the event of a rocket explosion. Business Insider reports the research team plans to “establish a program with NASA to build, test, and fly full-scale Kilopower units” starting within the next 18 months.

Note from the Daily Dot Bazaar:  Mother’s day is almost here.  Pick up something special and save some money with the deals in these gift guides.