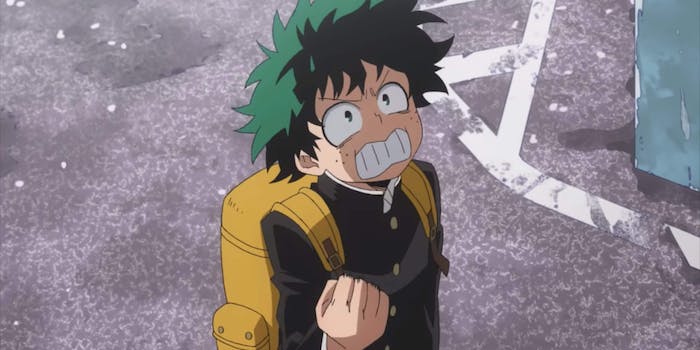 My Hero Academia mangaka Kohei Horikoshi is again at the center of online controversy after a Twitter user discovered that many of the characters in Horikoshi’s work share birthdays with infamous fascist figures.

On Feb. 8, Twitter user @Object501 shared a graphic they titled “My Fascism Academy” which shows that characters Midoriya Izuku, Katsuki Bakugo, Endeavor, and Shigaraki Tomura have birthdays that correlate respectively to the establishment of the Japanese Communist Party, Adolf Hitler, World War II Japanese naval commander-in-chief Isoroku Yamamoto, and Imperial Japanese officer Kenji Doihara. Neither Weekly Shonen Jump, the magazine that publishes My Hero Academia or Horikoshi have commented on the allegations.

Just one week prior on Feb. 3, Horikoshi issued a public apology for an entirely different controversy. In chapter 259 of the manga, the name of a mad scientist who experiments on humans was revealed to be Maruta Shiga. Some readers perceived the name as an allusion to war crimes and human experiments done by the Imperial Japanese Army during World War II. “Maruta” is the Japanese word for “logs” and was also used as a code word to refer to the victims of the experiments alongside the cover story that the facilities were actually a lumber mill. Victims, who included children, pregnant women, and the mentally handicapped, were purposefully infected with diseases, lobotomized, and subjected to vivisection.

Chinese companies Tencent and Bilibili even removed the manga and anime from their platforms as a response to the controversy. “I did not intend for that name to be associated as such. I take this matter very seriously and will change the name,” wrote Horikoshi. Just one week later, a name change was implemented in digital versions of the manga with assurance that the physical volume release would also change the name.