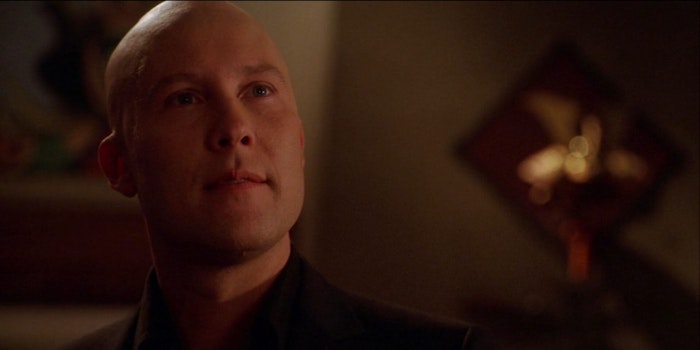 He was touched by the fans who wanted to see him in it.

The Arrowverse is going all out for its upcoming crossover event, “Crisis on Infinite Earths,” with everyone from Smallville’s Tom Welling and Erica Durance (Lois Lane), Superman Returns star Brandon Routh (who’s also in Legends of Tomorrow), and Tyler Hoechlin (Superman on Supergirl) to Kevin Conroy (Batman: The Animated Series) as a future Batman, and Burt Ward (Robin in the 1960s series Batman) in an undisclosed role. But when these many factions of the DC Universe converge, there’s at least one star who won’t appear in the crossover event.

As more alums from previous Warner Bros. TV and film properties joined the cast, speculation rose that Michael Rosenbaum, who played Smallville’s primary antagonist Lex Luthor for a decade, would be among them. After Welling and Durance were announced, bringing in Smallville’s Lex Luthor seemed like a no-brainer.

Rosenbaum took to Twitter to address interest in him joining the cast, noting that “I can’t tell you how much this means to me.” But he had bad for those hoping for the potential of Luthor in that event, revealing the not-so-pleasant side of negotiating a cast appearance.

“I’ll just be straight up about this,” he wrote. “WB called my agents Friday afternoon when I was in Florida visiting my grandfather in a nursing home. Their offer: No Script. No idea what I’m doing. No idea when I’m shooting. Basically no money. And the real kick in the ass ‘We have to know now.’ My simple answer was ‘Pass’. I think you can understand why. I hope this answers all of your questions.”

Rosenbaum didn’t seem opposed to the idea of being in the crossover itself, but he couldn’t get straight answers on what that would entail for him (he couldn’t get any details for him), not to mention how little he would probably be paid for it. It’s also possible that the addition of Rosenbaum’s Lex Luthor was a last-minute idea that the writers only had in theory and that it might be something figured out once Rosenbaum signed on. Instead, he chose to pass on the offer.

“Crises on Infinite Earths” is set to start airing Dec. 8 and will carry over to the new year.