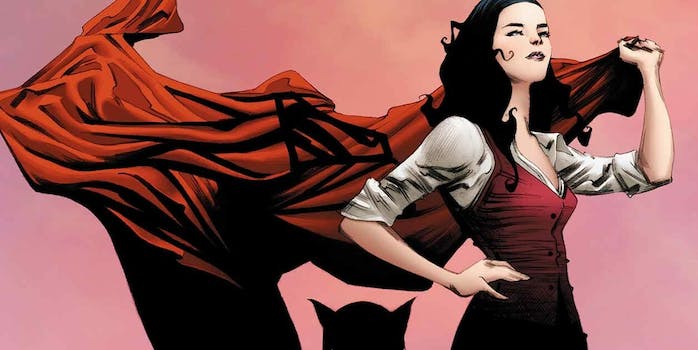 Lois Lane is joining Superman in the CW’s Arrowverse franchise

After years of hints in Supergirl, Lois Lane is finally joining the CW’s Arrowverse franchise.

Lois Lane’s younger sister Lucy is already a recurring character in Supergirl, played by Jenna Dewan-Tatum. Thanks to the show’s focus on journalism, Lois has been mentioned several times in passing, usually discussed as a rival of Supergirl’s mentor Cat Grant. She’s a long-awaited addition to the cast, and she’ll arrive during the next Arrowverse crossover event between Supergirl, Arrow, and The Flash. Airing in December, this crossover will also introduce Ruby Rose as Batwoman. Tyler Hoechlin will return as Superman.

The CW hasn’t announced the actress yet, but since Lois is older than Jenna Dewan-Tatum (37) and is already a seasoned reporter, she could be around 40 compared to Tyler Hoechlin’s 30. (Remember, Superman doesn’t really age like a human.) In the character announcement this week, Supergirl‘s showrunners emphasized Lois’s journalism skills, which will presumably tie into December’s crossover storyline.

“We couldn’t be more excited to introduce Lois Lane to the Arrowverse. This dogged, determined and brave reporter will make for a strong partner to Superman and amazing addition to our universe of DC characters.”

Lois is also due to star alongside Lex Luthor in a Superman prequel show called Metropolis, airing on the DC streaming service DC Universe. This will be separate from the Arrowverse franchise, so if Supergirl‘s Lois becomes a recurring character, we may wind up with two Lois Lanes on TV at once.

The Arrowverse crossover event begins on Dec. 9, airing over three nights on the CW.