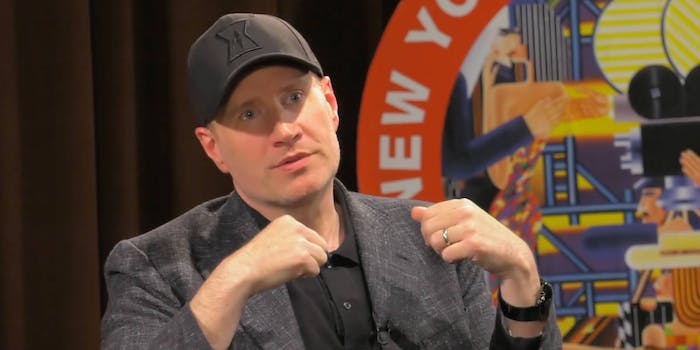 MCU fans have heard this promise before.

The Marvel Cinematic Universe had a record-breaking year in 2019, raking in $5 billion for the franchise. Now, 2020 is shaping up to be another revolutionary MCU run, with Marvel President Kevin Feige alluding to a transgender character in Phase 4.

According to Buzzfeed, Feige said in a recent New York Film Academy interview that a film currently in production features a trans character. Feige was asked whether there were plans to bring any more LGBTQ characters into the MCU.

Fifteen new projects were announced at San Diego Comic Con in 2019 as part of the MCU’s Phase 4. Of these, Buzzfeed narrowed down Eternals, which is under production and set to release in 2020, as the likeliest project for the trans character. Feige also told Good Morning America that the film would include an openly gay character.

Fans of the franchise, however, are notably skeptical about Feige’s show of inclusivity. This is not the first time Marvel creators have teased LGBTQ characters—Avengers: Endgame‘s promise of a gay character initially caused a lot of hubbub. Unfortunately, the character ended up being a shockingly small cameo from co-director Joesph Russo, who played an unnamed man in a support group. Fans are determined not to fall for similar assurances again.

Ok folks welcome to the first episode of
PREDICT THE BAIT

WILL THIS TRANS CHARACTER:
A) be a major character
B) be a side character
C) be the villain
or D) have a total of ~10 minutes of screentime and ultimately be left to collect dust by marvel https://t.co/RlDJrjrUqv

You did the same with Spider-man Far From Home, with the actor Zach Barack who is trans and unless you had a magnifying glass looking in background shots you would never even know they were in the movie. Do better Marvel, you can do a lot better for LGBTQA+ community https://t.co/F1Rx59fg6S

"Teases" is the most important word in that sentence. Don't let them fool you.

Support queer writers if you want to do something constructive with your anger at this. https://t.co/STrHdiblsF

While there are no further details on the nature of this character, hopefully Marvel has listened to fans and won’t make the same mistake twice with LGBTQ inclusivity.