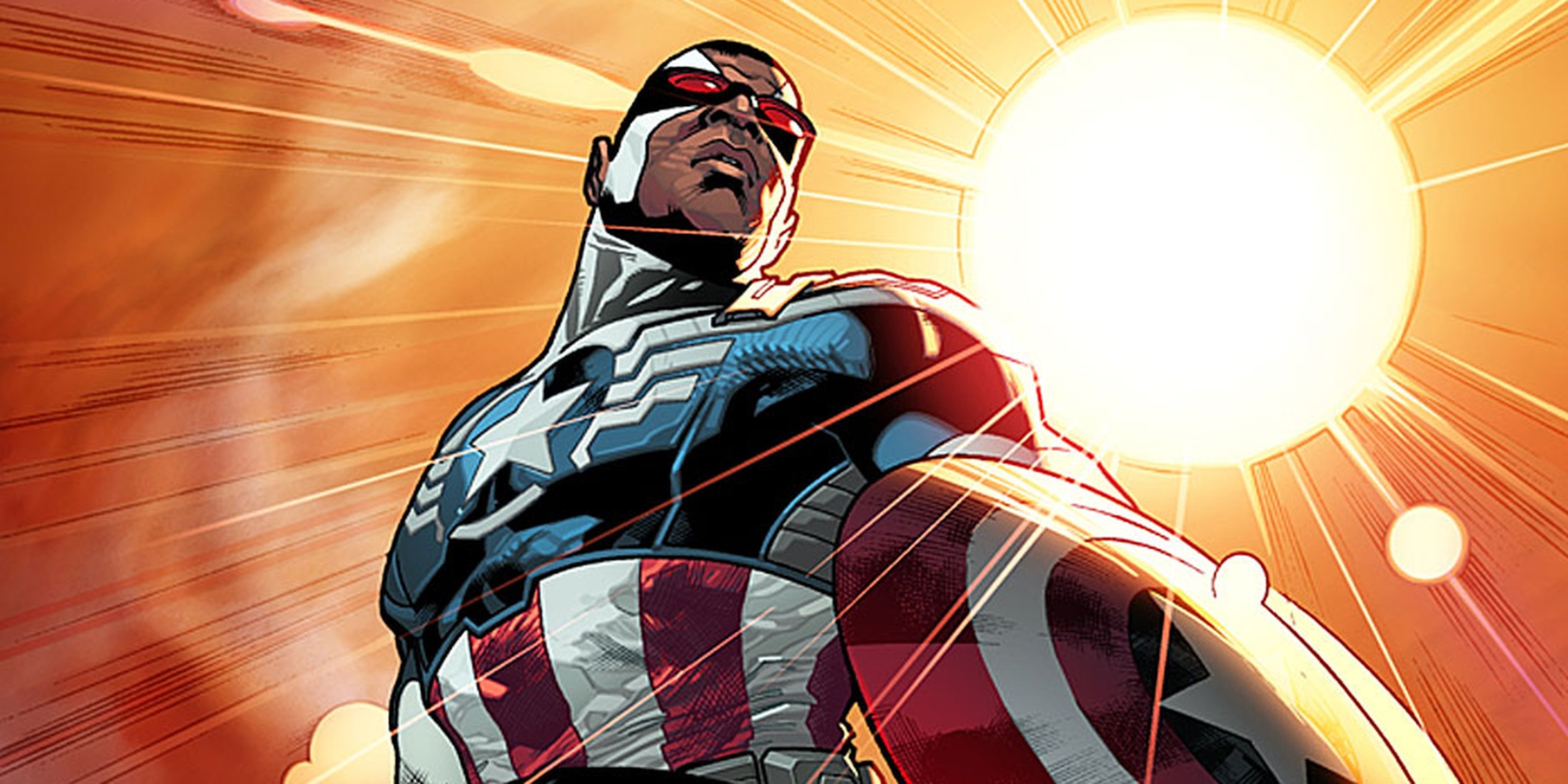 'Captain America' has always been political.

When Marvel announced last year that Sam Wilson—previously known as the Falcon—was replacing Steve Rogers as Captain America, the news didn’t go by without some racist backlash. But since then, fans have had a year to get used to the idea of an African American man as Captain America. Things were going smoothly until Fox & Friends got their hands on the first issue of Captain America: Sam Wilson this weekend.

The comic sees Sam Wilson battle a hate group called Sons of the Serpent, who patrol the U.S. border on an armed hunt for undocumented migrants. “Instead of going against HYDRA and the typical Captain America villains, he’s going up against conservatives,” Morris said.

Tucker Carlson described the leader of the masked militia as “an American who has misgivings about unlimited illegal immigration and the costs associated with it.”

The hosts agreed that Captain America would be better off fighting ISIS, and harked back to the days when Steve Rogers punched Hitler in the face instead of fighting “ordinary Americans” who were like “some of you watching at home.”

This segment has provoked a discussion about whether the new Captain America is “too political,” an idea that was thoroughly shot down by fans of the comic. For instance, that classic Hitler-punching scene in Captain America #1 actually resulted in hate mail for the comic’s creators in 1941. The U.S. had not yet joined the war against the Nazis, and some readers objected to the comic’s political message.

Captain America himself sums up why he's here better than I. pic.twitter.com/h09lXokZpe

As for the Sons of the Serpent, they’re not exactly a brand new development either. They first appeared in the Marvel Universe in 1966, characterized as a racist group determined to rid America of “foreigners.”

Even the Captain America movies are fairly political by Hollywood standards, with Captain America: The Winter Soldier depicting Steve Rogers and Black Widow as Snowden-esque whistleblowers who expose decades of corruption within the U.S. government. The new comic just continues this trend of portraying Captain America as an anti-establishment figure, fighting for his own version of American values.

This controversy over Captain America: Sam Wilson #1 has also resulted in warring petitions, one calling for the resignation of writer Nick Spencer (apparently artist Daniel Acuña was deemed an innocent bystander) and one defending Spencer from “threats of harm and attempted censorship.” Marvel Comics editors, meanwhile, are probably rubbing their hands in glee at all the free publicity.