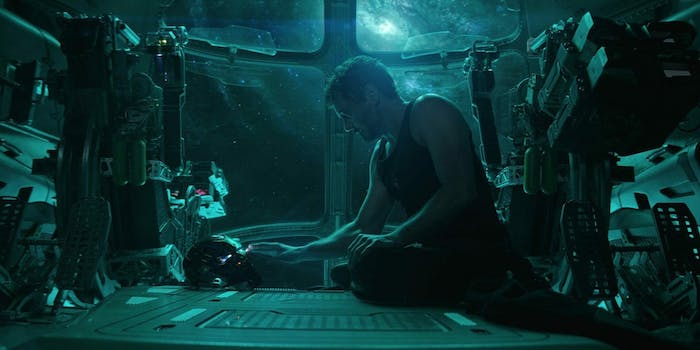 In a Reddit post titled 'Dying before April: My Endgame,' this Marvel fan reached out for help.

Following in the footsteps of Star Wars and Star Trek fandom, Marvel fans are campaigning for a terminally ill man to see Avengers: Endgame before it comes out in April.

The fan in question is redditor alexander_q, who asked the Marvel Studios subreddit for advice this weekend. He’s suffering from liver cancer, mouth cancer, and bone marrow failure, and had heard of other terminally ill fans getting to see films like The Force Awakens before their release date. “How do I get in on this action?” he asked, in a post titled: “Dying before April: My Endgame.”

“I’m not a child or anyone with a particularly tragic story. Just a normal guy. I’m 33, lost my sister three years ago to the same rare genetic disease it turns out I have too. I’ll leave behind a devoted girlfriend and an adopted greyhound.

I thought I’d make it to April at least but my bone marrow is toast.”

His post struck a nerve with Marvel fans, kicking off a social media campaign under the hashtag #Avengers4Alexander.

Alexander updated his post a day later, thanking people for their help. “I’ve had thousands of messages and comments of support and I’m very grateful. I’ve had lots of questions too and I’ve done my best to answer all of them. If I missed yours it’s not personal, it’s just that my inbox is out of control … Also, because Australia is a small place, turns out I know a guy who knows a guy who is chums with Chris Hemsworth. I think they called him tonight on my behalf.”

In his latest update, he said that he’s expecting a response from Disney and Marvel soon. He added that he isn’t in need of financial support, so if anyone wants to donate money to his cause, they should send it to a research charity for his rare genetic disease, Fanconi Anemia.