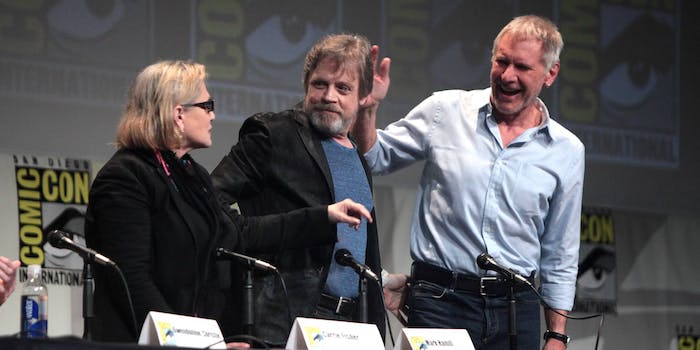 Mark Hamill on Carrie Fisher: ‘She was OUR Princess, damn it.’

'Carrie was one-of-a-kind who belonged to us all- whether she liked it or not.'

Mark Hamill, like many of us, was initially at a loss for words when he learned of his Star Wars co-star Carrie Fisher’s passing on Tuesday. But he later offered a longer, heart-wrenching tribute to an old friend who he considered family.

Hamill was among those who hoped for Fisher’s recovery after she was taken to the hospital last Friday and was among many of her colleagues to react on social media after hearing that Fisher had died.

Hamill posted a longer tribute online Tuesday night after he took the time to form what he called “#AFewWords” about his “space-twin,” capturing both what she meant to Star Wars fans and what she personally meant to him as she and Leia blurred together into the woman we got to know. Fisher, Hamill said, “belonged to us all- whether she liked it or not.”

“She played such a crucial role in my professional & personal life, & both would have been far emptier without her,” he wrote. “I am grateful for the laughter, the wisdom, the kindness & even the bratty, self-indulgent crap my beloved space-twin gave me through the years.”